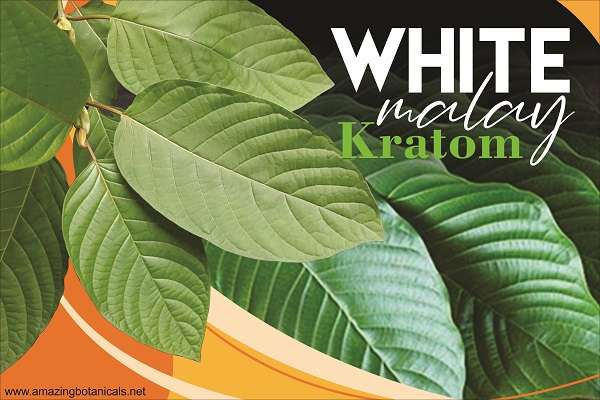 Known as one of the smoothest white vein kratom varieties on earth, this amazing herb boasts a full range of alkaloids that are responsible for its potency and effects. Loved by many people who have tried it personally or know others who claim they love how smooth-acting these kratom capsules make them feel in their day to day life

The white Malay kratom has been on the market for a long time, but not many people know where it originally came from. This article will explore some of the origins of this strain and what effects it can have on you!

White Malay kratom is originated from Malaysia, which is why it has “Malay” in its name. In a country with a hot and humid tropical climate where there is abundant rainfall, White Malays grow in this environment.

Although Kratom production has long been used recreationally by locals for their own enjoyment or during gatherings, the government recently made changes on how to handle this product.

For this reason, Most of the mitragyna speciosa sold in the country is now grown outside Malaysia. It’s exported for domestic consumption or to other countries like Thailand, where they grow it themselves because it has become harder and harder for them to produce this product at home.

It is now being cultivated in countries like Indonesia and parts of Papua New Guinea because it thrives even when other types would die off due to unfavorable conditions–making this particular variety more valuable than ever before!

It contains an abundance of alkaloids, including mitragynine as well as 7-hydroxy mitragynine, from its growing environment.

Despite not being popular, this alkaloid is responsible for the superb effects it can have on an individual, making this plant a very sought-after product.

Effects On The Body Caused By White Malay Kratom

The white Malay kratom contains some alkaloids that are not only beneficial but have been shown to be helpful for those who suffer from specific ailments.

This is why many countries, particularly Malaysia and Indonesia, where it’s grown, may use this plant as a natural alternative medical treatment or supplement!

When it comes down to it, the white Malay kratom has a lot to offer an individual who decides they want to use it. Not only does this strain provide energy and motivation that can boost your mood, but it also helps with relief and other ailments you may have.

Here’s a quick briefing about the effects White Malay Kratom provides its users with:

• Stimulating effects: it acts as a stimulant, greatly increasing energy levels without any negative side effects. This is why it’s commonly used as a recreational drug or to help individuals stay awake during long workdays!

• Sedation: much like other types of kratom, the white Malay can also be used to help an individual relax and calm down. The sedative effect it has on a person is very helpful for those who suffer from anxiety or want to unwind after a long day.

Mood enhancement: It’s not only known for improving your mood but also helping with relief. It functions by increasing serotonin levels in the brain, which is why it has been shown to be so beneficial for people who suffer from depression or other mood disorders.

This is why many people like to use this kratom strain in the evening when they want to get rid of any negative feelings or thoughts that may be on their minds!

It can be used before workout sessions, too, as it can help them with their endurance and energy levels making them feel like they can go on forever!

In all, this strain should have a positive impact on your body if you choose to use it! Whether an individual wants the energy from being more active and productive at work or just needs some extra motivation during their day, this is a great way to achieve that.

In order to make the most out of this strain, an individual should consume around two grams. This dosage is pretty moderate and will not cause any negative side effects for a first-time user as it’s known for having a higher alkaloid content compared to other types on the market!

If you are new to using kratom, it’s recommended to start out with a low dosage of around one gram and slowly work your way up.

It starts to affect your body within 60-90 minutes. If the effect doesn’t fit your needs, you can always consume more.

This will allow you to see how this strain affects your body without having any negative reactions or adverse side effects that may occur if you were to consume too much at once!

Those who have been using kratom for a while would benefit from taking up to four to 6 grams depending on your tolerance level.

White Malay kratom is known for its powerful effects when it comes to the way in which an individual feels and their moods, making this strain one of the most sought-after varieties on the market!

How To Take White Malay Kratom?

You can learn how to take white Malay kratom in a number of ways.

• In tea form mixed with other ingredients

• Mixed with juice or another beverage

• Or in its natural kratom powder form by itself

It’s important to note that taking it in the tea form is not only quick and easy but also gives an individual a chance to add any spices they want, which can help mask the taste of kratom.

This way, you get all the benefits of this plant without having to taste any dirt or earthy flavors! First, try out a low dosage of one to two grams and slowly work your way up until you feel what this strain is like.

For those who have been using kratom for a while, it’s recommended to take as much as four or six grams, depending on how tolerant the individual has become!

Where Can You Buy White Malay Kratom Online?

It’s important to note that not all kratom strains are created equal, which is why it’s paramount for individuals who want the best results possible to buy this product from a reputable vendor.

There are several places where you can buy White Malay Kratom online, and we recommend trying out one of these vendors:

Is White Malay Kratom Worth Experiencing?

White Malay kratom is one of the most popular strains on the market. It’s a great way to not only improve your moods but also help with anxiety or stress relief as well!

It’s clear that this strain is worth trying out, especially if you haven’t had positive experiences with other strains in the past.