The Untold Story Of Kratom-Related Deaths 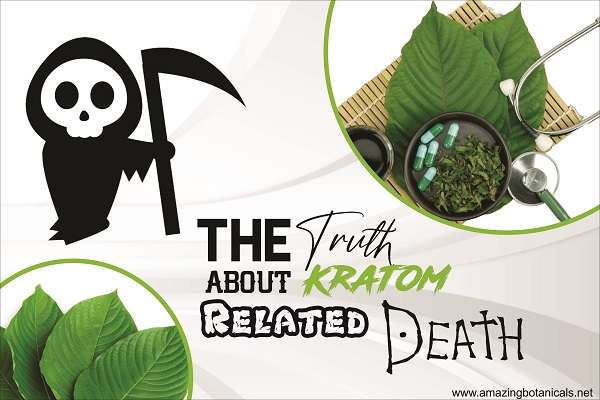 Kratom-related deaths have shocked the whole world, especially the experienced and regular users who are getting curious about whether or not it is true. A lot of Kratom enthusiasts and educated sellers are trying their level best to play a positive role in spreading the truth about this magical plant. You will find a couple of published articles that simply ignore the scientific statistics and try to represent their own summary. This is so unfair to the whole industry I believe.

Are you fond of taking Speciosa on a daily basis? Have you just read somewhere about Kratom related deaths? Looking for some authentic stuff in this regard? You’re on the right platform. This article is bound to tell you everything associated with Kratom-related death. Let’s see the details more closely.

What Opinion Does HHS Have About Kratom?

The Health and Human Services (HHS) is a US-based official body that is responsible for improving the lifestyle of local citizens thereby continuously improving their health. This department is running more than 100 programs that are taking care of different activities including but not limited to science, health, and wellness within the premises of the US.

HHS has struggled for almost 10 consecutive years claiming that Mitragyna is a deadly substance. However, it has nothing to present as evidence. Moreover, HHS has also suggested DEA criminalize Mitragyna and add it to the family of scheduled medications.

As a result, DEA published a Notice of Intent (NoI) in the “Federal Register” in 2016 to add Speciosa to the list of controlled substances. But, the Kratom community failed this attempt, and DEA had to face a failure.

Why Was The CDC Report Published?

Even after facing a huge failure when attempting to criminalize Mitragyna, HHS was not willing to step back from its stance. This department was still claiming that Korth is a lethal product that can cause death for the people who take it.

Taking a look at the claim of HHS, CDC decided to gather some authentic stuff on Kratom-related deaths and published a detailed report in the “Morbidity & Mortality Weekly Report (MMWR)”. HHS claim is considered one of the major reasons behind publishing a CDC report.

What Does This Report Carry?

In a span of 7 years from 2011 to 2017, around 1807 calls about Korth were recorded in the national poison centre reporting database. Keeping this in mind, CDC took a decision to evaluate the data collected from the SUDORS. This step was taken to get an idea of, to how much extent, Mitragyna is involved in the deaths caused due to taking different medications.

Whenever an overdose case arises, the medical professionals perform different tests to check what chemicals are present in the bloodstream of the victim. SUDORS closely monitors the entire process and notes every single chemical (including Korth) found in the blood of the victim. Therefore, CDC had gone the extra mile to determine the exact number of deaths that were caused by Mitragyna, if any.

The data was collected and examined from the mid of July 2016 to the end of December 2017. The stats showed that around 27,338 deaths were reported due to overdose. Out of all, 0.56% of the victims (152 in total) were having Mitragyna in their bloodstreams.

Out of these 152 deaths, 91 people were found with Kratom along with some other deadly substances (including cocaine, heroin, benzodiazepines, and fentanyl) in their bodies. Further analyzing the whole data showed that only 7 deaths happened purely due to the consumption of Mitragyna.

How The Facts About Kratom-Related Deaths Were Misrepresented In The US?

The American Medical Association (AMA) is an official US body that spreads medical-related stuff among the community to make them aware of different medical issues. It has built a separate platform to share the information it owns. This platform is commonly known as the “Journal of American Medical Association (JAMA)”. It is a peer-reviewed journal that means a couple of doctors review the content before it gets published.

AMA published a research study – Kratom Related Deaths – in JAMA on 28th May 2019. It had taken the CDC report as its basic source of information and tried to mislead the whole US community by providing them with the wrong claims that were not even listed in the CDC report. This study claimed that Speciosa has caused over 90 deaths.

Even if it is a peer-reviewed journal and different doctors must have reviewed the content before publishing but they didn’t bother to correct it. It clearly shows that the major goal was to mislead the public with wrongdoings.

The reality is; there were 91 death cases that were having Mitragyna in their blood but with a couple of other unsafe medications. Heroin was found in 23 victims whereas 51 people were found with fentanyl too. Fentanyl, in fact, is a hundred times powerful substance compared to morphine. Apart from that, cocaine, benzodiazepines, and some other substances had also contributed to these overdose deaths.

How Does JAMA Repeat FDA’s Dishonesty?

JAMA has also mentioned false medical claims of the FDA in its research where it was portrayed that Korth must be banned because it carries salmonella and heavy metals in its products. Whenever research is performed in this regard to study Kratom, a completely different scenario comes out.

Salmonella, in the United States, is usually associated with the vegetables being sold in various grocery stores across the country.

FDA has never taken a step to ban the sale and purchase of these vegetables but is making different efforts to somehow criminalize Speciosa in the US. Moreover, FDA has never talked about the grocery stores that carry heavy metal stocks including but not limited to lead. No one has ever seen a prohibition on that.

Reading through the above discussion, it is pretty clear that both of the FDA claims on heavy metals and salmonella are just deceptive efforts to mislead the innocent public who do not have enough knowledge in this domain.

As per the CDC report, only seven deaths happened due to Mitragyna consumption but at the same time, it says that it is impossible to ignore other deadly substances when talking about Kratom-related deaths.

In fact, medical professionals were unable to prove even a single case where Mitragyna was the only cause of death. On the other hand, Speciosa has promoted wellbeing for millions of people across the globe.

Kratom-related deaths have always been a hot discussion. CDC report states that 7 deaths were reported due to Kratom intake but none of them was proved by the medical panel.

Question: Is taking Kratom in the right dose dangerous?

Answer: A couple of studies claim that heavy metals present in Speciosa are not unsafe if you take this herb in appropriate amounts. On the other hand, there are some studies claiming that we use a couple of beverages and food items that carry higher amounts of heavy metals and they can be dangerous to our health.

Question: Is there any way to prove that Kratom-related deaths are not the reality?

Answer: Well, detailed medical research along with enough clinical trials may or may not prove it in the future.

Question: Can I consume Kratom with other medications?

Answer: Health professionals don’t appreciate doing so because Kratom can react with other medications to create health-related complications. So, it is better to avoid.