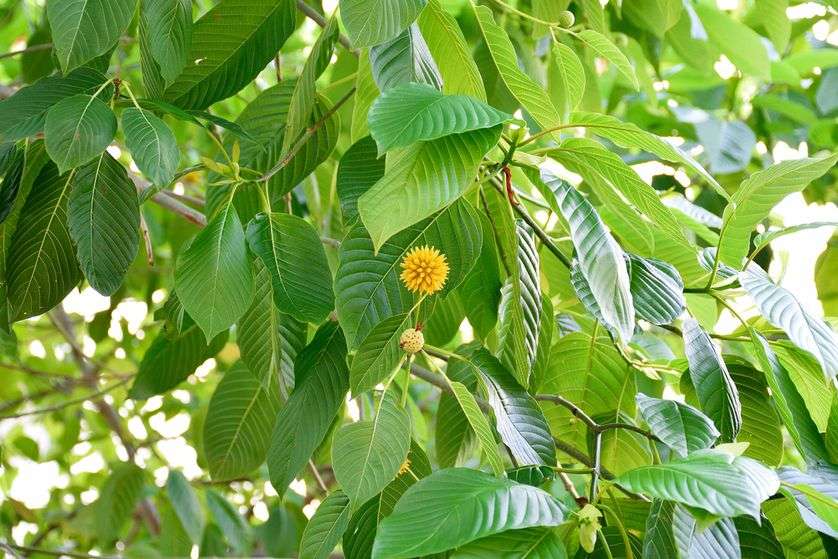 Kratom alkaloids are incredibly important, because the 50+ alkaloids that Kratom contains are responsible for most of Kratom’s effects. The following article provides a complete list of Kratom’s 50+ alkaloids, in addition to in-depth scientific information about Kratom’s alkaloids.

What Are Kratom Alkaloids, And Why They Are So Important

Alkaloids are found all throughout nature, and the simple definition of an alkaloid is that it is a naturally occurring organic compound which contains at least one nitrogen atom. Notably, practically all psychoactive plants and ethnobotanicals derive their effects from the alkaloids they contain, such as Coffee, which derives its effects from its primary alkaloid Caffeine. Likewise, Kratom’s effects are largely due to the alkaloids it contains. However, Kratom is incredibly complex since it contains 50+ alkaloids, as opposed to Coffee which contains just 4 alkaloids. Further, each of Kratom’s 50+ alkaloids play an important role in Kratom’s overall effects, although at this point far more research needs to be done in order to understand each individual alkaloid and how the alkaloids interact with each other.

Aside from Mitragynine and 7-hydroxymitragynine, other major Kratom alkaloids include Speciociliatine, Corynoxine B, Paynantheine, Isopaynantheine, and Speciogynine. Essentially, the 7 alkaloids listed above are by far the most abundant alkaloids in Kratom, and they account for 99% of Kratom’s total alkaloid content. Notably, although 5 of these major alkaloids are rarely discussed, they definitely have a strong influence on Kratom’s effects. For example, Corynoxine B causes deeply relaxing effects, and therefore Corynoxine B probably has a lot to do with why Kratom can be so relaxing. Likewise, Speciogynine, Paynantheine, and Speciociliatine have relieving effects according to the scientific studies done so far, and they likely play a big role in Kratom’s overall effects.

The Dozens Of Other Kratom Alkaloids

Although the 7 alkaloids in the above section account for 99% of Kratom’s alkaloid content, the remaining 1% of alkaloid content is divided amongst dozens of other alkaloids. These could perhaps be called minor alkaloids, but it is not appropriate to call them minor until they are fully researched, since it is quite possible that a tiny amount of an alkaloid can have major effects if an alkaloid is very potent. Therefore, each of the dozens of alkaloids in the below list could play a big role in why Kratom works the way it does. In-fact, there has been scientific research into some of these alkaloids, and miraculous benefits and effects have been revealed, but it is far too much information to discuss in this article. In-fact, it would take a book to fully expound on the science of each of Kratom’s alkaloids. *List starts at number 8 since 7 alkaloids were already discussed in this article* 8) Mitraphylline 9) Isomitraphylline 10) Speciophylline 11) Rhynchophylline 12) Isorhynchophylline 13) Ajmalicine 14) Akuammine 15) Ciliaphylline 16) Corynantheidine 17) Corynoxeine 18) Corynoxine B 19) Epicatechin 20) 9-Hydroxycorynantheidine 21) Mitrafoline 22) Isomitrafoline 23) Isopteropodine 24) Speciofoline 25) Isospeciofoline 26) Mitraciliatine 27) Mitragynine Oxindole B 28) Mitraversine 29) Stipulatine 30) Tetrahydroalstonine 31) Pinoresinol 32) 3,4,5,6-Tetradehydromitragynine 33) 3-Dehydromitragynine 34) 7-Hydroxyspeciociliatine 35) 9-Methoxymitralactonine 36) Catechin 37) Corynantheidaline 38) Corynantheidalinic acid 39) Isorotundifoline 40) Mitragynaline 41) Mitragynalinic acid 42) Mitragynine pseudoindoxyl 43) Mitralactonal 44) Mitralactonine 45) Mitrasulgyline 46) Mitrasulgynine Notably, the next 4 alkaloids were discovered earlier this year, and this brings up the point that many more Kratom alkaloids are likely to be discovered in the future. 47) epiallo-isopaynantheine 48) 3-epicorynoxine B 49) 3-epirhynchophylline 50) epiallo-isopaynantheine-N(4)-oxide Thus, Kratom contains 50+ alkaloids, and even more alkaloids are likely to be discovered as research progresses. Each of these alkaloids plays an important role in Kratom’s effects, and there is much to be discovered about the characteristics of each alkaloid, as well as how Kratom alkaloids interact with each other. Stay tuned to the Amazing Botanicals Blog, since much more science about Kratom’s alkaloids will be posted in the coming weeks and months.