Strongest Kratom Strains : Enthusiasts Should Look Out For

The Kratom market is flooded with strains with varying potencies and effects, making it difficult for consumers to choose the best one. Finding the strongest Kratom strain that can truly calm your nerves and achieve the desired results requires detailed research and knowledge. Multiple factors account for the potency and effectiveness of a Kratom strain, but there are only a few that you should pay more attention to. The nativity of the plant plays a fundamental role in determining its effectiveness. The alkaloids found in the plant are directly obtained from the soil. Therefore, highly nutritive soils of Southeast Asian regions provide optimum habitat for kratom growth. The vein color of a Kratom strain has a direct impact on its potency and strength. Out of all three vein colors – red, green, and white, the red vein is considered the most potent out of all. The white vein carries mild properties, whereas the efficacy of the green vein Mitragyna falls between both red and white Kratom strains. Despite how important a role they play in determining the strength of a Kratom strain, it is still not the only thing you should look for when purchasing your powder. It is equally important to look out for the purity and freshness of the strain and the reliability of the vendor you are purchasing from. To help you avoid all that hassle, we have shortlisted some of the strongest Kratom strains available in the market. The strains are selected based on their chemical makeup, vein color, and consumer feedback.

Our Top 3 Picks For The Strongest Kratom Strains Are:

When it comes to the strongest Kratom strains, Maeng Da always takes the first spot. Maeng Da is known to have the highest concentrations of flavonoids and alkaloids among all other Kratom strains. Alkaloids such as mitragynine and 7-hydroxy mitragynine are famous for producing effective results. Maeng Da Kratom is specially procured from mature trees in Southeast Asian regions such as Thailand. The strain gets its strength from the nutrient-rich soils it grows in, but that’s not the only reason for its high potency. It is produced by a process called grafting – combining several strongest kratom strains to produce one. The hybrid nature of the herb accounts for its increased efficacy. This magical strain leaves a strong and pungent smell and thus requires to be used alongside your daily drinks. Add them to your everyday morning teas or mix them into your evening smoothies. Either way, you are going to get the best results.

If you are determined to experience the effects of this potent strain, make sure you know the right dosage. The extensively potent herb can cause health issues if you are not careful when setting your dose. As a beginner, it is better if you skip this strain and start with something milder. You can’t have the best experience with Maeng da unless you have a history of consuming Speciosa. Still, kick off with minor doses and let your body get used to it before moving on to the bigger portions. As a popular strain, Maeng da is also available in tablets and capsule form with measured doses. So, you can simply toss them into your mouth instead of measuring the dose every time. Like other strains, Maeng Da also has different vein colors with varying levels of potency. The top-of-the-line strain concerning the efficacy, red Maeng da kratom, can provide you the most profound effects you can expect.

Borneo kratom is deemed one of the most traditional Kratom strains available in the market. Like all other kratom varieties, Borneo originates from Borneo Island, situated in Southeast Asia in the Pacific Ocean. Ketum is deemed as a major part of agricultural production in the lowlands of the islands. Red Borneo Kratom is considered the most potent variant of the strain having a dark greenish shade. Its surprising properties were not hidden from the natives, who used it as a form of medication to counter pain. Red Borneo is notorious for its bland and earthy taste, which doesn’t suit well for most users. Consuming it raw is no less than a dare for most. The toss and wash method works for some. However, most people prefer adding to their drinks and food recipes to minimize the taste and scent.

Red Borneo kratom has a relatively lower potency than Maeng da. However, when it comes to consuming improper dosages, Red Borneo can have some serious adverse health issues. The alkaloids present in the strain directly interact with the receptors in the body. Enthusiasts recommend consuming it in smaller amounts of about 1 – 2 grams when starting. You can also go with other variants of the strain like white Borneo initially. So, you can have an idea of what this strain has in store for you. Consuming tablets is just another way of getting used to the strain, as it carries minute amounts of additives inside. If you feel like growing accustomed to the initial doses and tinctures, moving on to the more potent strains like green and red Borneo Kratom wouldn’t be an issue.

Due to its potency, Bali kratom is considered on par with the Maeng da, whereas some consider it even stronger. This richness is associated with the eutrophic soils and humid climate of Indonesia. Just like Maeng da, only the mature leaves of the Bali plant are harvested that are filled with alkaloids. Its most effective variant – Red Vein Bali, contains up to 25 alkaloids, including mitragynine, 7-hydroxy mitragynine, Speciogynine, mitraphylline, and 9-hydroxycorynantheidine. Alkaloids in such large proportions deliver strong effects ideal for hardcore Kratom users.

No one can consume it like the natives do – chewing raw leaves. However, as a non-native user, you can only get your hands on the powdered form but don’t think it has somewhat lesser efficacy. Owing to its higher potency, Bali kratom is widely consumed with smoothies and juices. Even a slight dose of about 1 – 3 grams would make you feel the sting. The herb is also available in other forms like tablets, tinctures, and capsules. Allowing you to get the form most suited to your taste and mode of consumption.

Each kratom strain described above is considered to be the best in their league in terms of potency. However, when it comes to the strongest Kratom strain, it is up to you to decide because every user has its own preferences and standards to determine the best. Make sure you do proper research on the probable effects and causes of a Kratom strain. Also, making yourself familiar with the laws about kratom in your state is equally important before making the purchase. 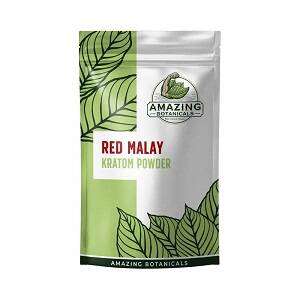