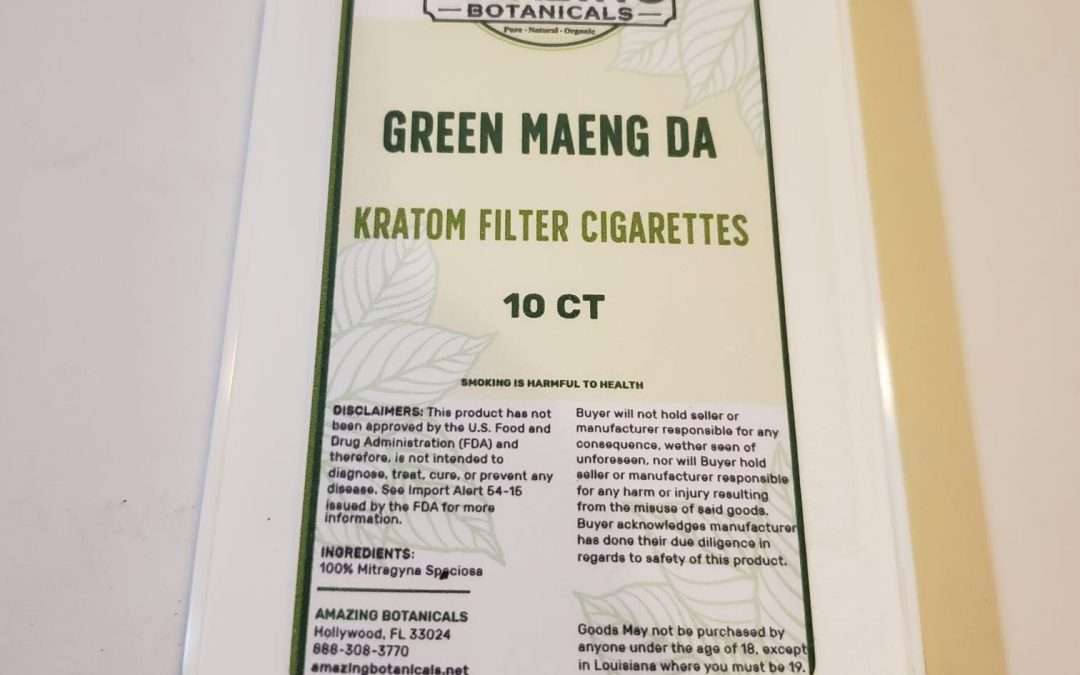 It has long been debated on the internet as to whether smoking Kratom is worthwhile. The answer is that Kratom can definitely be smoked, and smoking Kratom provides unique and pleasant effects. Indeed, Green Maeng Da Kratom Cigarettes are now available on Amazing Botanicals. First off, Kratom has been smoked since ancient times in the regions where Kratom natively grows, such as Thailand and Indonesia. Indeed, a scientific study titled “Following “the Roots” of Kratom (Mitragyna speciosa): The Evolution of an Enhancer from a Traditional Use to Increase Work and Productivity in Southeast Asia to a Recreational Psychoactive Drug in Western Countries” discusses this. Specifically, the scientific study says “Traditionally, the fresh or dried leaves of kratom are chewed or brewed into tea or smoked”. Further, there are many more scientific studies which mention how a common way to use Kratom in Southeast Asia is via smoking. To summarize the effects of smoking Kratom, it essentially provides a light mood lift and energy boost, combined with some relaxation. The effects are distinct from taking Kratom orally, and the effects are much faster acting, with effects becoming apparent in less than a minute. Notably, the Kratom Cigarettes on Amazing Botanicals are made with crushed leaf, which are basically Kratom leaves that have been crushed instead of powderized. This is what makes this Kratom smokeable. Essentially, Kratom leaves and crushed leaf are inherently smokeable, whereas Kratom powder is too finely ground to smoke. In-fact, the reports on the internet which suggest that Kratom is unsmokeable are likely referring to Kratom powder. Indeed, Kratom powder is too dense to smoke, and results in bitter and harsh smoke that is unenjoyable. On the other hand, crushed leaf provides smooth and pleasant smoke, and the taste of the smoke is actually really nice. All things considered, it does seem like Kratom is meant to be smoked as long as it is in leaf rather than powdered form. Thus, the answer to the age-old debate about whether smoking Kratom is possible is that Kratom is definitely smokeable if you use crushed leaf, such as in Amazing Botanicals’ Kratom Cigarettes, and indeed Kratom has been smoked since ancient times in Southeast Asia.