How To Protect The Legal Status Of Kratom? 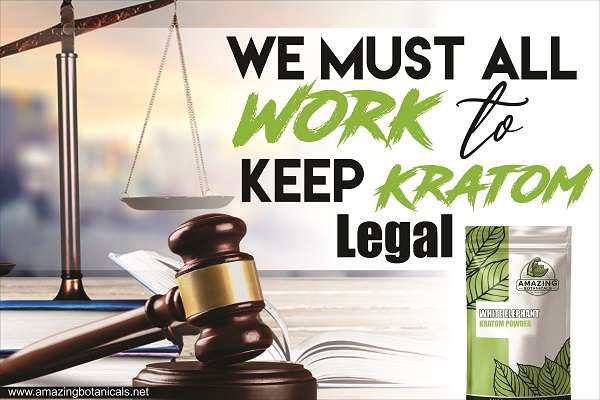 The legal status of Kratom has been in a grey area for many years. If you look into the past, you will be amazed to see that only Southeast Asian people – the native community – were aware of the influence of this wonderful herb. But, the most unbelievable fact is; this tree leaf has succeeded in capturing a huge family of consumers from the whole world including the United States in the last 10 years only.

Talking about the US, there exist no federal restrictions on the consumption of Korth but at the same time, states have the option to amend their laws in this regard. Using this freedom, 6 states have decided not to allow their communities to take Mitragyna in any form. These states include Alabama, Wisconsin, Arkansas, Indiana, Vermont, and Tennessee.

The reason why different parts of the world have banned Korth consumption within their premises is; they think that Kratom is not a safe substance to be taken by human beings. This is what makes the legal status of Kratom a serious concern for many people. Are you the one with a similar concern? This read is going to tell you how to protect Kratom’s legality. Let us now get into the specifics.

Is Kratom In Danger?

Well, Speciosa has been a contentious product for many years due to the dearth of study in this area. Furthermore, there are insufficient clinical trials to back up the validity of this mystical herb. Aside from that, some individuals are working actively to prevent Kratom intake.

Along with the individuals, there are some US-based official bodies – DEA and FDA – that seem against ingesting Speciosa. Both of these authorities have made several efforts to criminalize Mitragyna but none of their attempts has been successful.

In 2016, DEA made its first attempt to add Kratom to the family of controlled substances. A lot of misleading information was spread around but still, a couple of educated platforms keep on playing their part to make people aware of the real properties of this tree leaf. Their sincere efforts convinced many other users to become a part of this campaign.

In October 2021, WHO called a meeting to discuss in detail the expected future of Kratom. FDA has presented its own stuff whereas, on the other hand, Mitragyna advocates were also gone to this meeting with full preparation. The result is yet to be announced.

Effective Ways To Protect The Legal Status Of Kratom

Well, the most efficient and effective way to keep Kratom alive is to encourage Speciosa sellers as well as the audience to play a positive role. Let’s have a look at both the factors separately.

Kratom Vendors: What Should Be Their Role?

As far as the Kratom industry is concerned, not all sellers are good. Some of them get involved in scamming buyers and they especially target the newcomers. They start selling products with additives and a couple of other contaminants. All these things, without a doubt, are pretty dangerous to your health. This is, in fact, so bad of them.

On the other hand, there are some merchants who have the ability to present their counterarguments. Keeping in mind the safety of buyers, a series of Kratom sellers contribute to maintaining higher standards to support customers as much as they can.

Such vendors never take product quality for granted and always ensure that every single item displayed in the store is lab-tested and safe to consume. This is how they try to protect the legal status of Kratom.

Since Speciosa merchants directly deal with the import, export, and distribution of Mitragyna, they can play a huge role to keep Korth alive in the long run. The first thing they should do is to make commitments to sell premium-quality and lab-tested strains only. They should discard any product that can’t pass the quality test performed by an independent 3rd party laboratory.

Furthermore, sellers can educate their buyers in every single query they have. It will be quite useful for the buyers to know about the real face of Korth. In addition, this step can gain customers’ trust in Kratom.

The Role Of Audience

Mitragyna vendors, alone, can not do any wonder unless and until the public (Speciosa advocates) supports them in parallel. Being a Korth consumer, have you ever thought about why even the Kratom organizations exist? Well, they only exist because you and the people like you make purchases from them. Yes, it is a fact. Isn’t it?

Being a part of the audience, you can meet like-minded people and encourage them to run an intensive campaign along with you to spread Mitragyna awareness in the public so that the people may become familiar with the reality. Spreading the right information will be a solid source to get rid of all the misleading stuff available in the market.

The Korth advocates, in the past, have literally done a couple of wonders when this herb was almost about to get banned. You, along with other supporters, can arrange meetings at different levels with the government officials to let them know about the potential of this particular industry.

Sharing personal experiences with other people and telling them about how Korth has helped you improve your life will definitely produce marvelous outcomes. This way, every advocate will make his or her army strong resulting in a huge overall network consisting of motivated people. Doing this will be an outstanding step to protect the legal status of Kratom.

What Role AKA Is Playing To Keep Kratom Legal?

The American Kratom Association (AKA) is the only official American body that has been serving the Mitragyna industry for a couple of years. From collecting funds to encouraging the public, AKA always goes the extra mile and never misses a chance to support this herb.

AKA takes multiple steps to develop certain standards to regulate the market. This is all to provide customers with high-quality all-natural strains in the freshest form. Despite the fact that FDA and DEA made many efforts to criminalize Kratom, AKA has never taken a step back and this is what has made this organization the world’s biggest Mitragyna advocate.

The legal status of Kratom, as of now, is in a grey area that can go either way. To keep this plant alive, we must all work collaboratively. From vendors to users to the audience all are equally important and can play their part to keep Mitragyna away from banning.

Reputed merchants always focus on selling authentic strains because they are concerned about the buyers’ health and safety. Similarly, the people, who truly regard Kratom as a magnificent herbal product, share their experiences with others to spread worthy awareness.

Question: Is there any possibility for Kratom to become legal in the future?

Answer: Well, if research scientists, in the future, conduct some human clinical trials on this herb to monitor how it behaves and get some positive results, this tree leaf could become legal. But, it is not as easy as it seems. Moreover, a lot of detailed research is also required to explore this plant. Therefore, it may either become legal or completely banned, if rejected by medical research.

Question: Mitragyna is legal in my state. How can I play my part to spread awareness in other regions where it is illegal?

Answer: You can interact online with the people facing Speciosa regulations or bans. Meeting them in person, if possible, may give you even better results. This is what AKA has been doing too.

Question: I don’t have enough time to spend spreading awareness. Is there any way for me to support Mitragyna?

Answer: Yes, you can donate to support people and organizations like AKA. It will be a great contribution from your side.