Things To Know About The Kratom Legality In Vermont 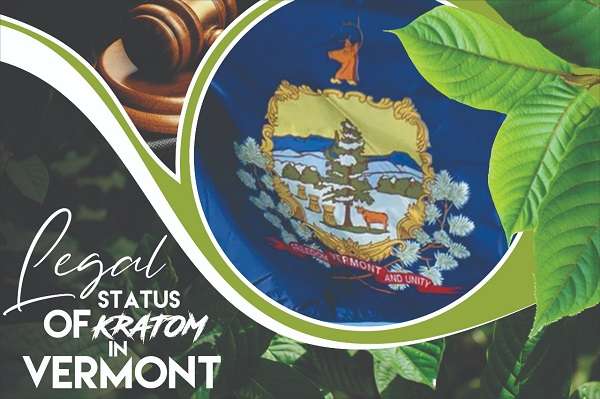 Kratom legality in Vermont is the hottest topic many individuals, as well as different authorities from around the world, want to debate. It is a diverse domain that needs detailed discussion. Kratom has become the most esteemed herbal product everywhere today.

If we explore the reasons behind its prevalence, the only factor that matters the most is its wonderful natural properties. This herb grows naturally in the jungles of Southeast Asia, Indonesia, Malaysia, and Thailand. The local people have fallen in love with this plant just because of its amazing impact on their lives.

Vermont is famous around the globe for its maple syrup, forests, skiing, and covered bridges. When it comes to the size and population, it is probably the smallest state in the US. Regardless of its size and other factors, it has many ski resorts, museums, national parks, and other similar places to spend quality time with friends or family.

These things grab the attention of international tourists and they get attracted to this region. As a result, millions of visitors try to visit this state to spend some time over there. Most visitors love to take herbal items instead of having synthetic ones. Many of them do ask about the use of kratom in this state.

If you are just randomly traveling anywhere without even knowing the actual facts, you may expose yourself to severe danger. Does Vermont allow its community to consume Korth? Is it a safe place to carry Speciosa? Are you looking for something similar? Congratulations! You’ve landed perfectly. Let’s get into the discussion.

As you know, Speciosa has two major alkaloids that contribute to its actual influence. They are 7-hydroxy-mitragynine and mitragynine. In 2017, the official health department of Vermont declared that both of these alkaloids are unsafe for human health and this is why the state added them to the family of Schedule-I controlled substances. Before the researchers did proper research, the lawmakers banned it.

3 years later in 2020, the general assembly proposed a bill for decriminalizing Mitragyna Speciosa. In the end, it wasn’t approved. Another bill was introduced in January 2021 and is focused on introducing the Kratom Consumer Protection Act (KCPA). If it gets passed, Speciosa users will be able to get their favorite strains in Vermont.

According to KCPA, anyone under 18 will not be able to get Mitragyna products and vendors should appropriately label their items to educate the consumers the best possible way they can. In addition, all the products with more than 2% concentration of alkaloids must not be sold to anyone.

The Kratom Legality In Vermont

The two main alkaloids of Speciosa have been put in the family of prohibited substances and therefore, this tree leaf is illegal for you to consume. There is pending legislation that may decriminalize Mitragyna in the near future but we can say nothing precisely for now.

Can I Drive With Kratom?

Absolutely not. Korth is an illegal herb throughout the state and you are not allowed to drive while keeping this herb with you or taking it while traveling. Avoid doing this activity and have a safe journey.

Can I Keep Speciosa While Going To The Airport?

The security at the airports in this state is even more strict. You can never think of carrying anything with you at the airports that is declared illegal in this region. The same is the case with Korth. If you have a Mitragyna packet, don’t ever try to enter the airports otherwise you will have to face several punishments.

Taking Kratom To Public Places: Is It A Safe Approach?

Well, the public places are the most dangerous areas to go with this plant because everyone can notice you consuming it. People may ask police or security staff to catch you for this illegal action. So, the decent approach is to either quit this habit of yours or travel to another state where Korth consumption is legal for human beings.

Where Should I Buy Kratom In Vermont?

As discussed above, Mitragyna is completely illegal for human consumption. Therefore, there is no possibility for you to find any seller within the premises of this particular region.

If anybody is selling anything related to Korth, he or she will have to face the state laws. The state may charge a heavy fine and you can also be sent to prison.

Important Note: Do care about yourself and always try to follow the rules. Don’t put yourself in trouble by doing any sort of illegal activity. It will be good for you as well as for those who are associated with you.

You must be aware of the kratom legality in Vermont if you have a plan to go to this state somewhere in the future. Well, the state is against Speciosa consumption and every city respects the state laws. It clearly means you can not take this herb anywhere in this region. You will not find any merchant selling Mitragyna items anywhere.

1) Question: What is AKA and what role is it playing in the Mitragyna industry?

Answer: Well, AKA is a short form of the American Kratom Association. It is the greatest ever Korth advocate that was introduced around 7 years ago in 2014. In the US, this association is trying its level best to protect Mitragyna Speciosa as much as it can. AKA has done many wonders but, there are some states where AKA is unsuccessful to keep Korth alive and unfortunately, Vermont is one of them.

2) Question: When will kratom be decriminalized in this state?

Answer: As of now, it is completely banned. The advocates are playing their part and running proper campaigns to support this herb but, for now, no one can predict the actual status of this plant in the near future. It may or may not be decriminalized.

3) Question: Can I order Mitragyna from another state and ship it to Vermont?

Answer: Not at all. It is not possible for now and is highly risky if you do this. Please don’t try to do any such activity until Korth becomes legal in this state.