Important Facts You Should Know About Kratom Legality In Oregon 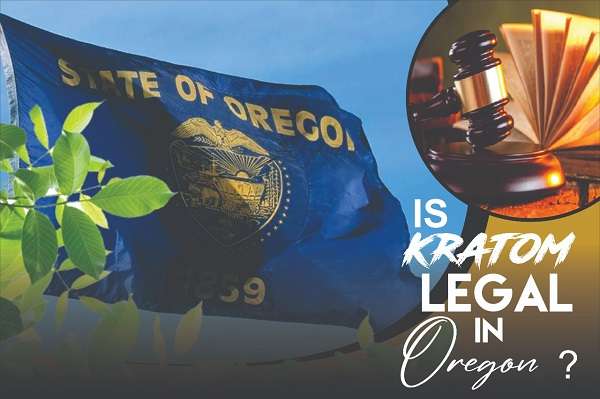 Kratom legality in Oregon is kind of a subject that thousands of people often talk about. This plant originated from the forests of Southeast Asia and the native community has been taking this magical product for hundreds of years. According to them, the best thing associated with this plant is it promotes wellness and gives a great earthy influence. With these wonderful properties, Korth is highly in demand everywhere across the globe.

Though Mitragyna has got some crazy attributes but being a herbal product, there is not enough medical research available in this particular domain. This has made Korth a controversial product in a couple of regions around the globe including six different states of the US. Many parts of the world have criminalized Korth just because of its controversial nature. Is Oregon one of such regions where you are not allowed to take this plant? Looking for an answer to a similar query? Well, you are on the right track.

Oregon is famous for several different features including having the deepest river and lake in the history of the US. It is among the top 5 states where sales tax is exempted for the community. In addition, this state has got the honor of having the biggest living organism compared to any other part of the world. This guide is going to let you know about all the paramount facts associated with kratom legality in Oregon. Let’s move a step forward.

Has Kratom Ever Criminalized In Oregon?

In 2017, a senate bill – 518 was introduced to allocate a significant budget to the board of pharmacy so that it can conduct detailed research on kratom.

The Oregon legislative assembly was looking for some suggestions to classify Mitragyna as a controlled substance like heroin and other similar medications. This bill was sent to the committee and got rejected right after an in-depth evaluation.

Is There Any Bill To Regulate Speciosa?

In April 2019, bad news for the Speciosa lovers came out in the form of outdated Korth being sold by many vendors in the United States and some of them were from Oregon as well. It was indeed quite shocking news for every single Mitragyna supporter.

A huge family of advocates agreed to follow the KCPA rules that were set by the American Kratom Association. A senate bill – 1005 was presented to regulate this tree leaf. The purpose behind introducing this particular bill is to keep buyers away from purchasing inorganic strains. All the sellers were asked to get registered with the agriculture department. But, this bill was not approved at that time.

One year later in January 2020, another bill – 4013 was introduced in the House with the purpose of regulating Speciosa business. It has also focused on following KCPA regulations but it died too in the senate. As a result, kratom remained an unregulated herb within the premises of Oregon in 2020.

What Are The Latest Updates On Kratom Legality In Oregon?

Another bill was presented at the start of the year 2021 for regulating all forms of Korth available in the market. This bill was supported by four democrats as well as eleven republicans.

The bill was against selling Mitragyna with any poisonous substance. In addition, it was not in favor of sellers who were involved in selling products having over 2% concentration of a famous alkaloid – 7-hydroxy-mitragynine.

In terms of age restrictions, it was a bit different from the bills presented in other states of the US to regulate this tree leaf. It clearly stated that people over 21 years of age will be able to buy Mitragyna from any seller. In addition, sellers were suggested to attach proper labels on all the products mentioning the precise concentration of alkaloids present in Speciosa.

Important Note: According to KCPA rules, if some get caught red-handed for the first time, he or she will be charged a fine of up to $500. For further criminal attempts, the fine will be doubled. Moreover, selling Mitragyna to the ones who are under 21 will lead to a $1250 fine, one month jail, or both.

What Is The Legal Status Of Kratom In Oregon?

A couple of bills were introduced to ban and regulate Mitragyna products but with huge support from the true lovers of this plant, all of them died. So, there is no controversy attached to the kratom legality in Oregon. Since January 2021, it is being sold under KCPA rules.

Where Should I Buy Kratom In Oregon?

Purchasing all-natural strains have become a definite challenge these days. But, I’ve got something special for you. Do you know what? Read a few lines below as I’ve revealed the secret.

I’ve selected the greatest online kratom seller – Amazing Botanicals. It can offer you crazy Speciosa powder, extracts, and capsules to your doorstep with a same-day shipping facility. The prices offered at this online shop are highly affordable compared to any other competitor. What else do you need?

Interestingly, all credit cards are accepted and this brand has more than 2700 happy customers that clearly depicts its credibility. Independent lab-testing for product authentication and fast shipping creates a difference between Amazing Botanicals and other merchants. Furthermore, you can buy kratom in bulk to get magnificent deals.

Between 2019 and 2020, multiple bills were introduced in the senate and house for regulating Speciosa. They were having a direct impact on the status of kratom legality in Oregon. Both of them were disapproved.

Another bill was introduced in 2021 and approved successfully. As a result, people under 21 are not allowed to consume Mitragyna. Do you want to buy the purest version of Korth in Oregon? Must try Amazing Botanicals and see the miracles.

1) Question: Can I ask any international seller to ship my order to Oregon?

Answer: Since Korth is absolutely legal for you if you are above 21. So, you can ask your vendor to ship your products to your doorstep.

2) Question: Does this state have support from the Korth lovers?

Answer: A number of Speciosa advocates are doing stunning jobs to keep this tree leaf alive. This love has persuaded lawmakers not to ban this plant.

3) Question: Are there any chances for Korth to be banned in the near future?

Answer: As of now, it seems nothing like that because legislative authorities are more interested in implementing KCPA regulations successfully.