Is It Legal To Use And Buy Kratom In West Virginia? 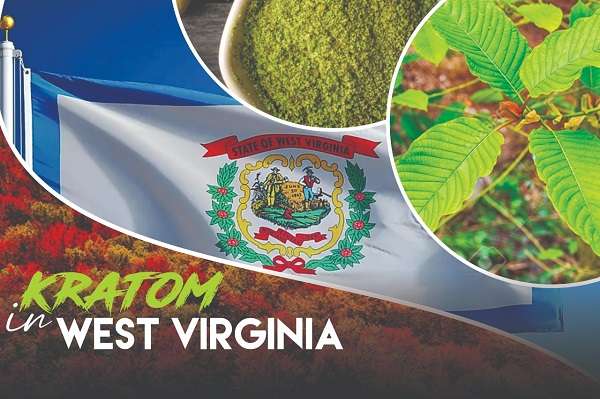 Kratom in West Virginia is quite a hot debate nowadays. This is not only a matter of concern for the US community but overseas people seem to be more concerned about who visit this state on a regular basis for education, jobs, or any other purpose. In the last 10 years, Mitragyna consumption has increased by ten times.

As of now, there are more than 15 million kratom users in the whole country and they are increasing every day at a high speed. If you spend some time searching for a reason behind this popularity, you will get to know that Speciosa comes with a number of magical properties to promote well-being.

West Virginia is completely surrounded by beautiful mountains and it is the only state in the US with such amazing natural scenes around. This is why it is also known as “The Mountain State”. It is famous for weather rafting, hiking, skiing, and motor-biking among overseas tourists.

Apart from that, you will find a series of delicious food items including Maple Syrup, Pepperoni Rolls, Black Walnuts, Honey, and many others. The visitors who love taking herbal products mostly ask about the Mitragyna legality in this state. If you are the one looking for similar information, you are on the right forum. Keep on reading to get familiar with it.

The talks about kratom in West Virginia are popular because people are curious to know what precisely is the legal status of this herb? They are worried about whether or not they are allowed to buy and possess their favorite strains. Are you one of them? Well, this guide has covered everything in this regard. Let’s have a closer look.

Background Of Kratom In West Virginia

Until today, Speciosa has undergone 2 severe attempts that were made to criminalize this plant.

The first bill was proposed in the Senate in 2018. It requested to consider the major alkaloids (7-hydroxy-mitragynine and mitragynine) as Schedule-I prohibited substances. In short, it was introduced to ban Mitragyna Speciosa. It was sent to the committee and rejected in the end.

The second attempt to ban Korth was also made in the Senate in 2020. It has been recorded as Senate Bill 847. It also tried to add kratom alkaloids to the list of Schedule-I substances. It was not a successful attempt either.

Am I Legally Allowed To Consume Kratom In West Virginia?

Despite several attempts to ban this plant, it is legal for you to ingest it in this state. The people enjoy taking Mitragyna Speciosa over there. As discussed above, only 2 bills were presented to change the legal status of this tree leaf but both of them were unsuccessful.

The lacking actions from the state authorities clearly depict that this plant is not a risk to their community. This is why it is not pushing the legislation to change its legal status.

How About Taking Kratom To Public Places? Is It Allowed?

Now, you are very clear about the state’s perspective on taking kratom in West Virginia. The question most people ask about is the safe places to consume this herb.

Many people are concerned about taking this plant in public areas like parks, marriage halls, hotels, and other crowded places. Since the consumption of this herb is completely legal; therefore, taking it in public places is not going to bother you at all.

It means if you have to go to a crowded area with your Mitragyna packet, you can go without feeling any hesitation and with no fear in mind.

Do Airports Allow Passengers To Come In With Mitragyna Speciosa?

Basically, the airports act as entrance or exit doors of any particular country. Therefore, they are normally considered the most sensitive areas. This is why they have very tight and high-quality security standards. The same is the case with the West Virginia airports. They don’t allow any illegal activity to happen within their premises.

Since taking Mitragyna is not an illegal task in this state, you can carry it and even consume it inside the airports.

Is Mitragyna Future Bright In This State?

The two bills died in the Senate that wanted to ban this plant. There is no pending request to regulate or criminalize this tree leaf. So, for now, the future seems secure for Mitragyna Speciosa.

Comparing product quality, pricing policy, service standards, and customers’ feedback with all other sellers, Amazing Botanicals is leading the kratom market from the front. If you are in West Virginia at the moment and want to order mind-blowing Korth products, don’t forget to explore Amazing Botanicals’ official website.

This seller provides you with everything you dream of. From premium products to competitive prices and superb deals to excellent customer support services, you will find Amazing Botanicals doing wonders for true enthusiasts.

The consumption of kratom in West Virginia is legal for the whole society. Though some requests were issued to ban this plant in the recent past but they were made unsuccessful by the real kratom lovers. Nowadays, this tree leaf is easily approachable and many local sellers are getting involved in this business. If you love taking organic and authentic stuff, Amazing Botanicals will surely be your greatest partner in this regard.

Answer: It is a well-known herb that is easily available in this state. The regular users play their part to support this ancient plant as much as they can. They keep on sharing their wonderful experiences and wellness being promoted by this tree leaf. It has, without any doubt, given a solid boost to Mitragyna Speciosa.

Question: Can I ask any international seller to ship my parcel to West Virginia?

Answer: When it comes to online purchasing, sellers care about the kratom legality in the destination. Since Speciosa is a legalized herb for the whole community that belongs to this state. Therefore, every online vendor will ship your orders without any problem.

Question: What precisely does AKA do?

Answer: The American Kratom Association is a paramount organization in the United States. It has overturned the legislations of many states that were in favor of banning Mitragyna Speciosa. This organization has two major goals: one is to keep Korth alive and another is to regulate this herb to protect the original taste and quality.