What Precisely Is The Legal Status Of Kratom In Thailand? 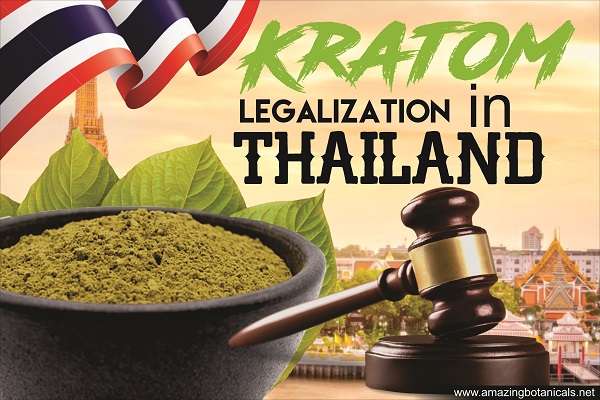 The legality of Kratom in Thailand is a matter of serious concern for the native community. Kratom is indigenous to Southeast Asian countries and Thailand, without a doubt, is the largest producer of this ancient herb.

Along with Papua New Guinea, Myanmar, Indonesia, and Malaysia, Thailand produces the finest quality of Speciosa. Different varieties carry different chemical compositions and alkaloid concentrations. Some of the species grow up to 100 feet in height.

One of the reasons behind the fine production of Mitragyna in Thailand is its tropical climate. This plant, in a humid and hot environment, preserves a higher concentration of alkaloids including but not limited to 7-hydroxy-mitragynine and mitragynine. The presence of more alkaloid contents means the herb is more potent and even a small dose can help you achieve the desired influence.

Are you a resident of Thailand? Or Planning to visit this place soon? Unaware of the legal status of Speciosa? No need to worry as this guide is designed for you to get familiar with what Thailand official authorities think of Kratom. Let’s try to get into the specifics.

Kratom In Thailand: A Brief History

The restriction on the use of Mitragyna and its reclassification are discussed below.

In 1943, Kratom consumption for medicinal purposes was restricted for the very first time in Thailand. The reason behind this restriction was the increasing demand for this herb due to a significant increase in the prices of other similar medications. In fact, this was the year when all illicit substances were banned for the betterment of the whole community.

The Mitragyna Act of 1943 made the cultivation of Speciosa trees an illegal act within the premises of the country.

Around 36 years later, reclassification of Speciosa was done in 1979. This herb was added to the Schedule 5 substances’ family according to the rules set by the “Narcotics Act B.E. 2522”. Thailand, since then, has been a signatory to a number of treaties and conventions including but not limited to “United Nation Convention Against Illicit Substances”, “The Convention of 1971 on Psychotropic Substances”, and “Single Convention of 1962 Narcotic Substances”. But, none of them mentioned directly that Kratom is a prohibited substance.

Legal Developments On Kratom In Thailand

The legal efforts made to support Kratom in Thailand are listed and explained below.

In 2019, Thailand changed its stance on the production, consumption, and distribution of two popular herbal products – Korth and Cannabis but only for medicinal purposes. As a result, the vendors were given permission to import and export Speciosa.

Keeping in view the instructions of this legislation, sellers must have a license to keep the Kratom stock whereas, being a Mitragyna user, you should have a medical prescription from a health professional.

Important Note: If you are looking to use Kratom in Thailand for recreational purposes, till 2019, it was an illegal act. If anyone gets caught red-handed, they will be either sent to jail or charged a heavy fine.

The Role Of Thailand Narcotics Control Board (NCB)

It was predicted in 2019 that the restrictions on Kratom are likely to be eased either by the end of 2020 or the start of 2021. The Mitragyna deregulation sub-committee clearly stated that NCB has shared enough information related to relaxing the Speciosa ban.

The Cabinet approved a bill and as a result, Kratom was removed from the list of Schedule 5 substances. The Council Office of Thailand state is still reviewing this bill. Once the council approves this documentation, parliament will review it in detail.

For now, if some get caught with up to 10 kilograms of Speciosa without taking permission from the government bodies, it would be considered as if you are taking it for personal uses. As a result, you would be sent to jail at least for 5 years or 50,000 Baht will be charged as fine or both at a time.

If someone gets caught with a stock having more than 10 kilograms of Mitragyna with no permission from the government authorities, it will be associated with an intention to sell Speciosa. The punishment for this act would be a 20,000-150,000 Baht fine or 2-15 years in jail or both at a time. If someone is involved in cultivating and importing over 10 kilograms of illicit medications, the punishments could be even severe.

Till the middle of 2021, it was very clear that the consumption, cultivation, and research on Korth were only allowed keeping in view state rules and regulations. Upcoming amendments will only be effective if they get published in the Royal Gazette of Thailand.

At the beginning of 2021, a couple of studies were published to highlight the efforts being made to legalize Kratom in Thailand. After a series of sincere efforts, Kratom’s possession and the sale were made legal for the first time on 24th August 2021. Therefore, you are allowed to take Speciosa without any restriction within the country.

According to NCB, the new regulation will result in the dismissal or acquittal of more than 8,000 Speciosa charges. The good news is; the justice ministry is in the favor of Mitragyna legalization.

Somsak Thepsuthin – Thailand’s justice minister showed his support to decriminalize Korth in the country. The justice system released 121 people who were caught taking Speciosa when it was illegal in Thailand.

The justice minister was also focused on letting people make profits by selling safe Speciosa products. As of now, the vendors are allowed to sell fresh Korth leaves without exposing themselves to any danger from government officials. If you want to use Mitragyna in any herbal product, the “Herbal Products Act” will closely monitor your activities.

The Food Act of Thailand still prohibits the use of Mitragyna in different food items as well beverages. Therefore, vendors should avoid doing that at any cost. If vendors want to add Speciosa in either drinks or food, they must take permission from the ministry of public health.

Somsak Thepsuthin was willing to allow the sellers to sell Mitragyna related products. If this law gets passed, it will be a beneficial step for the Kratom industry of Thailand. Furthermore, he put a lot of pressure on the government authorities to revise the regulation and to allow the community to use Speciosa as one of the herbal products.

The government of Thai has allowed researchers to explore Kratom as much as they can but when it comes to the global trading of this particular herb, it is still in danger because FDA along with some other bodies is trying to convince the World Health Organization (WHO) to put Kratom in the list of scheduled substances. There are higher chances that things will not go this way.

Kratom in Thailand is legal these days but sellers are bound to apply for the official license to run their business activities smoothly.

Question: What would be the future of Kratom in Thailand and the global market?

Answer: Recently, in October 2021, WHO organized a meeting to have a discussion on the future of Kratom in the global market. The outcomes will be out very soon and the results will accordingly impact Thailand’s Speciosa industry.

Question: Are lawmakers playing their part to support Mitragyna business in the country?

Answer: Yes, they have started playing a key role in keeping Kratom alive at least within the country.

Question: Is there any restriction on the import and export of Mitragyna?

Answer: The House passed a law on 8th September 2021 and imposed specific restrictions on both import and export of this tree leaf.