Is It Legal For Me To Consume Kratom In Rhode Island? 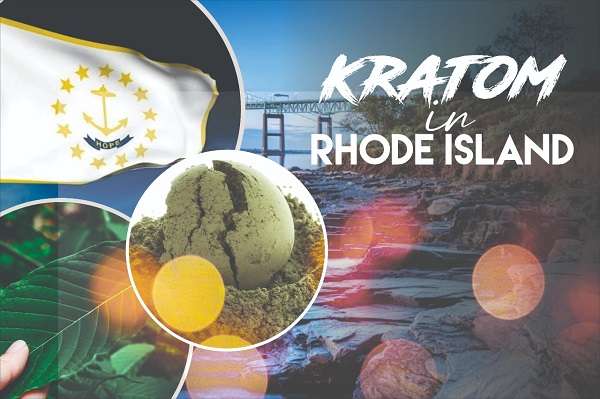 The legality of Kratom in Rhode Island is a prominent part of the discussion in the United States. Mitragyna Speciosa is a marvelous herb that offers astonishing influence as depicted by the native community where this plant grows naturally. This herb has done wonders for many users around the globe and they keep on sharing their amazing experiences with this tree leaf. Sharing views and experiences have attracted a number of people towards Speciosa and this is why it has got an exponential increase in its popularity.

Rhode Island was the 13th colony that was converted into a state and it has the smallest size compared to any other state of the US. It is connected to New York with a water border. Furthermore, this state is famous for its mouthwatering food items. It has also produced a couple of celebrities for the US. Rhode Island is also known as the “Ocean State” and its pleasing beaches attract tourists from around the globe.

Are you the one who is planning to travel to this region? Do you love keeping Mitragyna Speciosa with you while traveling? You would definitely be concerned about the legal status of kratom in Rhode Island. Aren’t you?

This guide is prepared for you to get everything related to Korth that you are actually looking for. Let’s get a bit deeper into the discussion.

In general, the health department is one of the executive bodies but the state has given it permission to add new herbs to the list of controlled substances and this is what exactly it has done with the kratom. A bill – 5542 was presented in 2019 in the House with an intention of regulating Korth instead of completely banning it in this region. It was sent to the relevant committee and was rejected immediately.

Right after a year, in 2020, another bill was introduced in the House – 7289. It was associated with decriminalizing Mitragyna Speciosa but under KCPA regulations. But, it was not approved as well. For now, there is no pending legislation or bill to determine the legal status of kratom in Rhode Island. But, it does not mean that the ban has been imposed for a lifetime. The status could be changed at any time depending upon the research carried out in this domain.

Can I Take Kratom In Rhode Island?

Not at all. There are 6 states of the US that have completely banned Speciosa. Rhode Island is one of these unlucky states. If you are a resident of this particular region or want to travel here, you would not be allowed to take Korth within its boundaries.

The Role Of AKA In Making Kratom Alive In Rhode Island

The American Kratom Association is the only body in the United States that has been continuously supporting the use of Mitragyna under some strict quality standards. This is what it is trying to do in Rhode Island.

AKA is collaborating with the lawmakers of this state to start following the rules developed in KCPA instead of keeping it illegal in the long run. As soon as any update arrives, we will surely inform you about that.

Where Should I Buy Kratom In Rhode Island?

As discussed earlier, this plant has undergone a complete ban in this region. Therefore, you will find not even a single local seller in the market. Apart from that, if you try to place an online order, no vendor will deliver your parcel to the doorstep because they keep themselves updated on what is going on in the Speciosa industry.

Rhode Island is highlighted in the whole US as one of the unlucky states and is famous for the Korth ban. The true supporters are really disappointed with that.

What Is The Future Of Kratom In Rhode Island?

Well, for now, there is no discussion being carried out in this domain and no law is pending in either House or Senate. But, kratom advocates are trying their best to somehow make this herb legal and they are trying to spread awareness among different communities.

AKA is an active body that is working with lawmakers to let them know about how kratom has improved the living standards of many users. Every single advocate of this tree leaf is playing a key role but there is nothing to say for now. If researchers start spending their time revealing the actual influence of Korth, the state may remove the ban in the near future.

You are absolutely not allowed to consume kratom in Rhode Island. Since it is banned, the sale and purchase are strictly prohibited.

You will not find anyone selling Speciosa in this state. AKA and other supporters are playing their part to keep this herb legal. If there is enough medical evidence, the ban may be uplifted.

1) Question: What is the basic reason behind banning this herb in Rhode Island?

Answer: Well, as per the state laws, Speciosa is declared illegal because it is an unsafe herbal product for human beings. They even think that this substance can cause death for the user. It has been done a very few times in the past but that was only due to overdosing.

2) Question: What can advocates do to make Speciosa legal in this state?

Answer: Being a true fan of this tree leaf, you can run a strong campaign to spread awareness among the community by letting them know about the potential influence of Korth and how it promotes wellness. If a large community starts doing so, it could be helpful in convincing lawmakers to remove the ban from this plant.

3) Question: Are there any chances for Mitragyna to become legal in the near future?

Answer: As of now, Mitragyna is completely banned. Some legislative authorities are working on collecting some data in this domain to make kratom legal in the near future. Saying anything, for now, would be too early.