Kratom in Providence, RI: Is It Legal? Where To Buy? 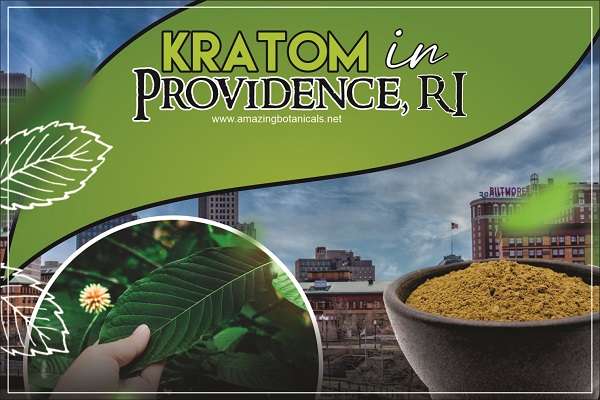 Kratom in Providence is a heated debate these days. More and more people have started discussing the potential of this botanical and its future. Several news articles regarding banning Kratom are revolving around the world.

There are some countries, states, and cities that have already criminalized it. This is why people who love consuming this plant material are much worried about what is going to happen in the near future.

Providence is the biggest city in Rhode Island in terms of population. It is known for its warm-welcoming people, natural beauty, and vibrant culture. Apart from that, fascinating hotels and well-known restaurants add extra value to the credibility of this city.

Thousands of people plan trips to this location every year to spend some quality time. They usually ask for the legality of Kratom in Providence. If you have the same question in mind, this article has got you covered. Let’s get the discussion going.

Can I Legally Purchase Kratom In Providence, Rhode Island?

No, you can’t purchase Kratom in this city because the whole state of Rhode Island has declared it an illegal herbal supplement. If we talk about the United States, Speciosa is legal in almost all the states except a few ones.

As far as Rhode Island is concerned, it is one of the unlucky states where a complete ban on Kratom consumption has been introduced. As a result, you can’t sell, buy, consume, or transport Mitragyna anywhere in this area.

The role of the DEA and FDA has always been against Kratom. They have made many attempts, so far, to ban Speciosa but none of them got successful. But, taking a look at their claims, multiple states and cities have restricted their community from ingesting Kratom products.

If you ask the public how they see the Kratom ban in Rhode Island, you will be surprised to see that most of them are unhappy with this state’s decision.

When Was Kratom Banned In This City?

In 2017, it was the very first time when the health department of the state added Kratom to the list of Schedule-I substances under its “controlled substances act”. The two signature Kratom alkaloids – mitragynine and 7-hydroxy-mitragynine – were considered responsible for this specific scheduling.

A House Bill (5542) was presented in 2019 to lift the Kratom ban. It presented a version of KCPA where only adults were allowed to give this herb a try. Unfortunately, it was not implemented because the committee simply rejected it.

One year later in 2020, another House Bill (7289) was introduced to overturn the ban; it died in committee too. There is no pending legislation; therefore, you can’t expect anything for now. But, it doesn’t mean at all that this ban will stay forever. It all depends on research and things can change overnight.

Where To Buy Kratom In Providence, Rhode Island?

Now, it is very clear that Kratom is not legal to sell, buy, and consume in Providence, RI. Many people who often plan a tour of this city ask about the availability of Mitragyna variants. The answer is crystal clear.

The simplest way to buy Kratom products is to go to a nearby shop and make an instant purchase. But, this is not the case with the local market in Providence. If you explore it, you will not find a single shop selling Kratom products. If anyone is doing that, it is surely an illegal activity. Avoid purchasing it.

As far as online brands are concerned, they will never deliver Speciosa variants to the places or regions where the state authorities have declared it an illegal plant material.

Therefore, if you are a resident of Rhode Island, you will not be able to make either a local or online purchase. If you still try to do any such activity, you will be exposing yourself to greater troubles.

What Is The Penalty For Taking Kratom In Providence, RI?

Since Kratom is completely banned in this city, if someone gets caught consuming this magical herb, the penalty may include imprisonment of one year, a fine of up to $500, or both at a time. Plus, it is considered a felony charge.

Similarly, if a distributor or seller gets caught red-handed selling 1 to 5kg Kratom, the penalty will include 10 to 50 years in jail and a fine of up to $500,000. If the business holds more than 5kg of Mitragyna goods, you may have to pay a $100,000 fine and 25 years imprisonment to the life sentence.

How Is AKA Playing Its Part?

The American Kratom Association is a credible official department that always goes the extra mile to support Kratom. It is also in touch with the policymakers of Rhode Island and trying to convince them to overturn the ban and introduce the Kratom Consumer Protection Act.

According to this act, sellers must have to use appropriate labels mentioning accurate information about what the product actually carries. Moreover, any item containing over 2% of 7-hydroxy-mitragynine will not be allowed to sell in the market.

It also restricts non-adults from purchasing Kratom and its variants. If this act gets implemented, no one under 18 will be able to buy or consume Speciosa goods.

What Lies Ahead For Us?

As stated earlier, the public of Providence is not happy with the state’s decision of criminalizing Kratom. Many of them are actively participating in different campaigns to support this botanical.

On the other hand, AKA is doing a stunning job when it comes to supporting Kratom. For now, saying anything about the future would be an early statement. But, if the majority comes in favor of this herbal supplement, the ban may get lifted. So, all you need to do, at the moment, is to keep offering your sincere support.

It is not legal to buy, sell, or take Kratom in Providence, RI. So, avoid ingesting it at any cost because it has been added to the list of Schedule-I controlled substances. Violating the state laws results in severe punishments consisting of both fines and imprisonment. For more details, don’t forget to read the above discussion. It holds everything you are looking for.

Question: Is it possible to fly with Kratom in Providence, Rhode Island?

Answer: A single-word answer to this question is NO. No one can fly in this city while carrying Kratom or any other product containing its alkaloids.

Question: An online Speciosa brand is claiming to deliver my order. Is this a scam?

Answer: Well, there is no doubt that reputed online sellers will never deliver your Speciosa products to the areas where this botanical is no longer a legal herb. Therefore, if someone is claiming to do that, it would surely be a scam. You will lose your money without getting your stuff delivered.

Question: Is there an alternate way to ingest Kratom in Providence, RI?

Answer: As long as you are within the premises of this city, there is no way to take this plant material. If you are the biggest fan of it, one thing you can do is travel to any other state where it is legal. This is the only possible way to consume Kratom for Providence residents.