Can I Legally Take Kratom In Oklahoma? 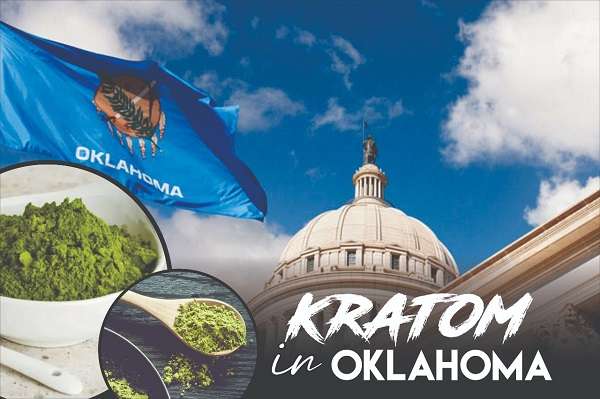 Kratom in Oklahoma would be one of your concerns if you are living somewhere in the United States and love to travel to different cities or states. If you explore this domain, you will find that there is no restriction from the federal government of the US on the use of Mitragyna. But, without any doubt, different states and cities are given the right by the government to modify their rules and regulations according to their requirements.

The states are free to make their decisions; therefore, a few states have completely criminalized this tree leaf and they are not allowing anyone to consume it regardless of age. Is Oklahoma one of these regions? Are you curious to know? Well, this guide has everything you need to know about the legal status and other facts associated with kratom in Oklahoma.

Oklahoma is a reputed state known for its top-notch destinations that attract tourists the most. This is why this city is commonly known as “Home Show Capital of the World”. On average, a huge number of visitors travel to this region every year. Many of them are found concerned about Speciosa legality. Are you one of them? If yes, this article is prepared for you. Let’s get a closer look at the important facts.

The DEA tried to criminalize Mitragyna in this state in 2014 but before that, the Bureau of Narcotics made an attempt to ban this plant. As a result, the House presented a bill – 2666. The basic aim was to add Mitragyna to the list of Schedule-I medications. It was more concerned about the major alkaloids of this plant including 7-hydroxy-mitragynine and mitragynine. The true supporters of this herb, through their solid campaigns, convinced lawmakers to exclude Speciosa from the list.

In 2020, another bill – 2846 tried to impose the Kratom Consumer Protect Act (KCPA) on the business owners who were involved in selling Mitragyna products. The major goal was to regulate the use of kratom to ensure the good health of all the buyers. Further details are given below.

As mentioned earlier, a bill with an intention of regulating Korth was introduced in 2020. Initially, it was appreciated and sent to the relevant committee in the first half of the same year but died in the end after a closer review. One year later, a new bill was presented with the same intention of following KCPA standards and it was accepted in the mid of 2021. The major points of it were:

Am I Legally Allowed To Consume Speciosa In This State?

Yes, you can consume this herb in this state without any fear. A couple of bills were introduced in the past to ban this tree leaf but none of them got passed.

As long as you are above 18 years of age, you can buy your favorite strains anytime you want. The sellers are bound to provide you with the safe and all-natural stuff to run their businesses successfully.

Now, you are familiar with what is the legal status of kratom in Oklahoma. Isn’t it? The next question being asked frequently by the kratom enthusiasts is whether they can carry this plant to crowded places or not.

All you need to do is to obey the state laws then, you are free to carry this herb with you wherever you want e.g., parks, stadiums, hotels, restaurants, etc.

Is There Any Place To Get Organic Kratom In Oklahoma?

Amazing Botanicals is a top-notch online kratom merchant that provides you with superb quality of Korth with outstanding services. The best part of shopping from this online store is you get amazing deals on special occasions. The prominent features of Amazing Botanicals are:

What Will Be The Future Of Mitragyna In Oklahoma?

Well, it could go either way. In the past, a couple of attempts were made to ban this plant in this state but none of them was successfully passed. Later on, KCPA standards were introduced for the sellers to maintain the excellent quality of the strains they provide to the kratom community. This step was taken to protect buyers from getting outdated and impure Korth products.

Final Thoughts On Kratom In Oklahoma?

There were a few bills introduced in this state with an intention of banning kratom in Oklahoma but they were not accepted by the relevant committees.

Later on, this herb was regulated under the supervision of KCPA standards. If you are on the hunt for the purest kratom, must try Amazing Botanicals stuff. This brand will surely value your time and investment made in its platform.

1) Question: What role does the American Kratom Association (AKA) play in this region?

Answer: AKA has always been the greatest supporter of kratom in the United States and it is playing a key role in keeping this plant alive in Oklahoma.

2) Question: Can I fly with Speciosa?

Answer: Yes, you can do that if you are above 18. Nobody will be able to create any problem for you in this case.

Answer: It is getting famous every single day and true supporters of Speciosa are giving their best to increase its popularity.