Is It Legal For Me To Take Kratom In North Carolina? 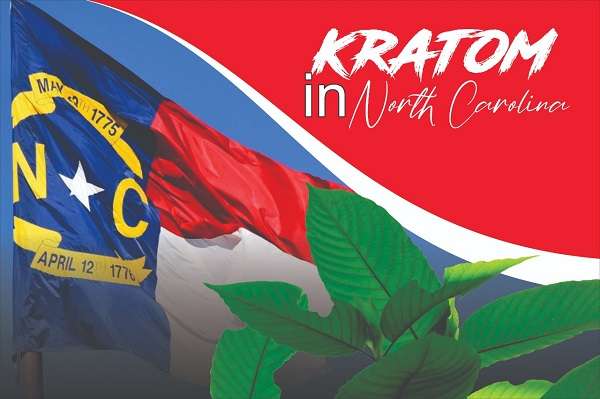 Kratom in North Carolina is a matter of serious concern for many Speciosa advocates. The major reason behind this fact is the controversial nature of this tree leaf. Unfortunately, there is not enough medical evidence in this domain; therefore, it is banned in many parts of the globe. Overall, keeping in mind the potential benefits and with the increasing awareness of this plant, a major portion of the world has declared it as a legal herb for human consumption.

According to the latest survey, North Carolina has a community of more than 10 million residents. It is considered one of the biggest states of the United States in terms of population. Moreover, it is the 28th richest state that is known for the greatest production of sweet potatoes in the US. A lot of herbal products’ lovers live and travel to this state and Korth is one of the well-known herbs in this region.

There are six states in the US that don’t allow you to consume Speciosa. Is North Carolina one of them? Are you curious about that? Well, just spend some time reading the discussion below. You will surely get a clear picture of the whole concern. Before going into the nitty-gritty of the current status of kratom in North Carolina, let’s go through the history first.

Does Kratom Have Any History In North Carolina?

A Senate Bill 830 was presented in May 2016. A famous senator – Thomas Mclnnis tried his best to add Mitragyna to the family of controlled substances in this state. This was the only purpose of this document. It was passed in the Senate and moved to the relevant committee. As a result, lawmakers, Mitragyna supporters, and well-known personalities started playing their part to keep this herb legal to consume in NC. They launched a very strong campaign and succeeded in that.

The true advocates claimed that Mitragyna Speciosa is derived from natural resources and is not harmful to their health as many people and authorities do pretend. Though this bill was moved to the General Assembly, it was immediately rejected because it didn’t get enough votes.

Is There Any Regulation On Speciosa?

Yes, Korth is not banned in NC but the lawmakers have decided to restrict its purchase to avoid any kind of medical discomfort in the near future that may have a bad influence on the people in the long run.

This regulation has closed the doors for people under 18. As long as you are not an adult, you can not buy a single Korth product living in this state.

Do Lawmakers Allow Me To Consume Kratom In North Carolina?

Yes, the legislators have opened all the doors for you to consume Mitragyna in NC. But, one thing you must ensure is you are above 18 years of age. The sale and purchase for people under 18 are strictly prohibited; therefore, please avoid doing anything that can create severe challenges for you.

Important Note: If someone under 18 gets caught red-handed either selling or purchasing Korth, NC considers his or her a class 2 misdemeanor.

What Forms Of Kratom Are Available In NC?

Today’s market consists of a huge variety of Korth to meet the needs of the recent buyers. NC has taken some amazing steps to meet the standards of the global network. You can purchase different varieties of kratom in North Carolina as listed below.

What Is The Best Place To Buy Kratom In North Carolina?

As far as the Mitragyna market is concerned, a significant saturation has been observed in its nature. Thousands of sellers have started their own businesses. Therefore, ensuring great quality has become quite challenging for every user. Newbies are especially facing a lot of problems when purchasing their desired strain from the market. Do you have the same concern? Want to start your Korth journey? Worried about where to buy organic stuff in NC? Well, I’ve good news for you. Want to know what precisely is that? Have a look at the few lines given below.

I’ve spent a couple of days searching for a reputed and the most trustworthy online kratom seller to make your purchase easier enough. Taking a deeper look at the product quality, product line, and customer support, of course, I encourage you to buy your desired strains from Amazing Botanicals. It will provide you with some amazing deals with superb Speciosa. Interestingly, this brand offers you the purest form of this plant at highly affordable prices.

What Precisely Is The Future Of Kratom In NC?

Hopefully, now, you are well familiar with the legal status of kratom in North Carolina. Isn’t it? Many people are concerned about the future of this tree leaf in NC. Are you one of them?

Well, as of now, it would be too early to say anything. The future of kratom in NC seems to be dependent on medical research studies and their outcomes. But, the good news is Speciosa is getting popular every single day not only in NC but also across the US and the whole world. The true kratom supporters can make the future of this plant bright in NC.

If you are above 18, you can buy and consume kratom in North Carolina. Doesn’t matter which places in NC you are visiting, if you are respecting the state laws, there will be no problem for you. If you want to get crazy and potent strains at affordable prices, consider Amazing Botanicals as your happy partner.

Question: Can I carry Speciosa at airports in North Carolina?

Answer: If you have to fly from NC airports, you can take this herb with you as long as you are an adult.

Question: What will be the consequences of keeping kratom with me in public places?

Answer: Well, no one restricts you from taking kratom in public places but you need to respect the local laws. If you are under 18 years of age, don’t get involved in Mitragyna things to avoid complications.

Question: Can I safely drive with Mitragyna Speciosa in NC?Answer: If you are driving on the road, again, it is necessary for you to follow the rules. If you are an adult, don’t worry about anything.