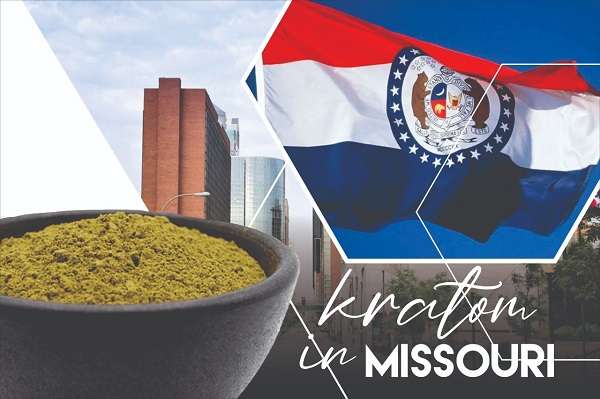 Have you ever wondered what attracts people to the new herb in town, called kratom? Although it was mostly used for medicinal purposes by the locals, kratom is becoming increasingly popular with the general public. Its desirable effects are enough to attract anyone into giving it a try.

The governing bodies and states are not as lenient as the residents. While kratom seems like a harmless herb to many, most of the authorities beg to differ. The FDA has issued several warnings that make people think twice before consuming a dose. However, the kratom communities remain strong in most of the states.

In this article, we will discuss the legislature regarding kratom in the state of Missouri.

Is Kratom Legal in Missouri?

If you are an avid kratom user or have just been introduced to this world, you are constantly interested in the news regarding kratom’s legality. The answer to the question in your mind is yes. Kratom is fortunately indeed legal in the state of Missouri.

History of Kratom in Missouri

While kratom is free to use right now in Missouri, it is not like there weren’t any attempts to ban this herb in the state. Let’s take a look at the history of kratom in Missouri.

At the beginning of the year 2019, there was an uproar in a number of counties in Missouri regarding the legality of kratom. Many people instigated a debate regarding whether the state should regulate or prohibit the use of the herb altogether.

Before this year, kratom was not known in the state. However, in the spring of 2019, a sudden string of illnesses, deaths, and overdoses started surfacing in the state. Each of these incidents was meticulously linked to kratom intake. This raised suspicion among the authorities and brought their attention to this new substance.

As a result of this rising debate, counties such as St. Louis, St. Charles, and Jefferson banded together to debate about whether kratom should be banned or regulated in Missouri. In Franklin County, after a man’s wife passed away due to alleged kratom intoxication, he joined forces with the county’s advocating for a kratom ban. However, no bills were passed involving kratom and Franklin County.

In Missouri, people could not unanimously decide whether the substance should be forbidden or allowed. The opinions were split. On one hand, the governing bodies acknowledged the good effects of kratom and suggested keeping it accessible to the general public in order to not invite more people to experiment with the drug.

The debate led to a string of personal experiences of county members who attempted to take the substance in order to figure out if it was bad enough to ban or should they give it the benefit of doubt. Councilman Joe Cronin of St. Charles County was the first one to initiate this practice and took a dose to observe its effects. According to him, the dose had an analgesic effect which led to decreased shoulder pain.

Another councilman followed Mike Elam, who agreed with the aforementioned councilman that kratom in itself was not the issue. The issue in this opinion was the substances mixed with kratom to either potentiate it or sell it at lower prices. The councilmen agreed that forbidding kratom in the counties would backfire and would actually do more harm than good.

St. Charles County did not go ahead with the ban and instead settled on regulating kratom in their region. In the same year, on August 26th, St. Louis County passed a bill regarding the regulation of kratom sales.

In the following year, in 2020, a new bill was proposed which was popularly known as the Kratom Consumer Protection Act (KCPA). The bill was designed to the regulation kratom rather than ban it in the state. It proposed a plan to regulate the sales and distribution of kratom, ensuring proper lab-testing of the strains before they hit the market and a civil punishment for possession of adulterated kratom.

According to this bill, anyone found in possession of adulterated kratom would be subject to legal consequences and his act would be considered as gross misconduct. However, this bill was not implemented and eventually died in committee.

Another bill, now aimed to completely ban kratom in Missouri was proposed, but it too died in committee and was never passed.

In late 2020, another bill was proposed which made it to Missouri Senate as opposed to the one that was proposed before it. This bill stated that;

Classification of Kratom in Missouri

Although, as of now, there is no category that recognizes kratom as their member, there are talks of placing it in the Controlled Substances list. The state is more focused on regulating kratom use in Missouri rather than banning it altogether.

Where Can I Get Kratom in Missouri?

Since kratom is legally allowed to possess, sold, and consume in Missouri, you will not have a problem finding the herb anywhere in the state. You can simply go to any tobacco store, vape shop, or smoke shop and ask for the kratom strains you want and they will supply you with ease. However, to make sure you get the best product with no adulteration, contamination, or mixing of substances, you should order from an online vendor approved by the American Kratom Association (AKA).

The kratom community in Missouri is responsible for canceling the bills passed to ban the substance in the state and if the residents are adamant to protect kratom from becoming a scheduled drug, it will stay legal in the state of Missouri. However, the best thing for you is to keep an eye on the news.