Kratom in Michigan – Kratom Legislature in the Fishing State 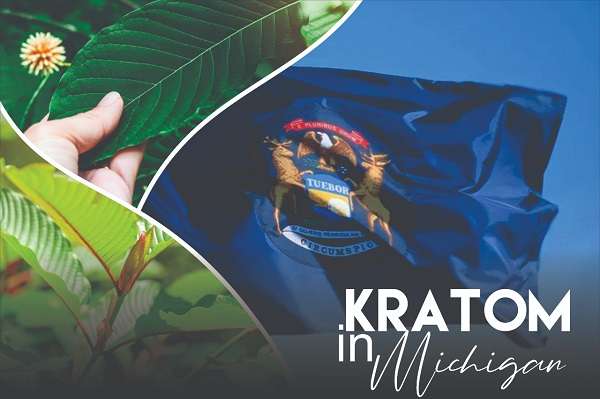 Kratom or medically known as Mitragyna Speciosa is a native plant of Southeast Asia that has been reportedly used for various medicinal and recreational purposes. While there has been no scientific evidence that suggests the concrete functions of kratom in curing the number of diseases people claim it helps, it is still pretty popular around the world.

People from all over the world are getting more and more interested in buying kratom and experimenting with its various strains. However, many authorities including the Food and Drug Administration (FDA) believe that this plant carries potentially addictive ingredients along with a tendency to abuse. Hence, many states are taking the initiative to ban the plant in their regions with the aim that it will limit the use of kratom and decrease the risks associated with its use.

In this article, we will discuss the legislature regarding kratom in Michigan.

Is Kratom Legal in Michigan?

The government’s opinion on Michigan is not uniform and many states have stated different opinions about the plant. Some are adamant that it is the new cocaine while others argue that it is a relatively safer herb. As a result, the government has left it up to individual states to decide whether they want to allow the use, possession, and sale of kratom in their state or not.

On a federal level, kratom is legal. Luckily for you, so is the case in Michigan. There are a lot of legalities that are associated with this status of kratom in Michigan but at a glance, it is legal in the state.

History of Kratom in Michigan

The history of kratom in Michigan dates back to the year 2014 when there was the first bill that was passed by the lawmakers with the aim that kratom should be added to the Michigan Controlled Substances Act. It suggested that kratom should be placed with other dangerous drugs excluding drugs such as heroin, cocaine, morphine, methadone, and so on. The bill proposed an amendment to the Schedule V drugs and suggested an addition; kratom.

Schedule V drugs included drugs with less potential to abuse as compared to other drugs and also retained medicinal function. Since these drugs are not as highly regulated as heroin or cocaine, they are relatively easy to access and get addicted to.’

However, many consider that kratom does not fall into the category. It has relatively lesser dependency and chances of addiction. The plant is actually related more to coffee since it belongs to the Rubiaceae family.

The 2014 bill regarding kratom’s classification did not come to practice because a petition comprising 1,700 advocates was signed to keep kratom legal in Michigan. As a result, the bill died before making it to the committee.

Right after this bill, the same senate proposed another bill that was directed towards prohibiting kratom use, possession, and sale to minors. Unfortunately, this bill suffered the same fate as the one before it.

By the year 2016, kratom remained legal in Michigan. However, in 2017 and 2018, Kent County residents started sharing their concerns regarding kratom use and showed solidarity against it. Why were they persistent?

A case surfaced in the state during that time in which a man, Eric Genautis, was found dead in his sleep allegedly due to acute kratom toxicity. This raised suspicions against kratom’s adverse effects and toxicity and people started speaking out against it.

The efforts to ban kratom did not die in 2019 either. On August 20th, 2019, a Republican Senator who also happened to be a doctor by profession proposed a bill that aimed to categorize kratom as a Schedule II drug. A Schedule II drug follows a protocol in which a doctor’s prescription is required before you can buy it.

However, this made no sense since kratom was nowhere near that category. Drugs in this category were mostly illegal substances with high abuse potential and highly specified medicinal use such as opium, morphine, methamphetamine, cocaine, medicinal marijuana, and so on. Kratom is 1,000 times less dangerous than cocaine and hence it makes no sense to categorize it with such drugs. Luckily, this bill did not get implemented and died shortly after.

Classification of Kratom in Michigan

Despite various attempts of the officials and lawmakers of Michigan to schedule kratom, it has not yet been classified in the state. A pending legislature aims to categorize kratom as a Schedule II drug but there has been no verdict regarding it so far. If this motion is accepted, you will need a doctor’s prescription to buy kratom in Michigan.

The Popularity of Kratom in Michigan

The popularity of kratom in Michigan is reflected in the fact that the officials made various attempt to ban the plant or restrict it for minors or even schedule the drug as a class II drug but the kratom community in the state is strong and always came through to support the legality of kratom in Michigan. There have been various petitions, protective laws, activism, and community support for kratom that keeps it from being banned.

Where Can I Get Kratom in Michigan?

Since kratom is legal in the state of Michigan, you don’t have to try hard to access it. You can buy it at any smoke shop, vape shop, or tobacco store in the state. However, it is important to keep an eye out for adulterated kratom and prefer to buy from online vendors that sell good quality products.

Kratom community in Michigan is strong and keeps the drug from being banned. As of now, in the year 2021, kratom is not banned to use, possess, or sell in the state of Michigan.