Legal Aspect of Kratom in Maryland 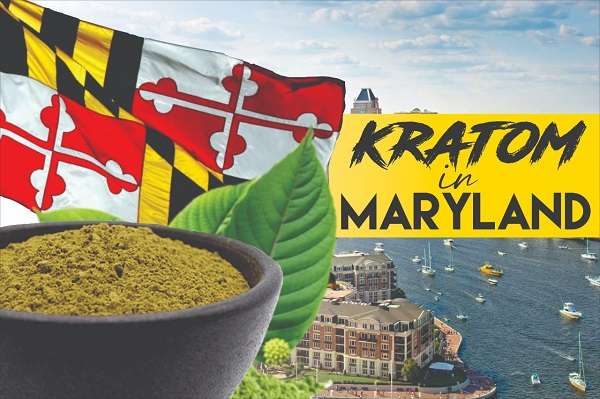 Mitragyna Speciosa or kratom has been gaining significant popularity for the last couple of years. While there are people who believe kratom can be used for a multitude of purposes both medicinal and recreational, there are some undesirable effects of kratom that can be detrimental to the users which makes it a state’s concern. The legality of kratom in Maryland – known as the Free State of the U.S. – is going to be our topic of discussion today.

While kratom is legal at the federal level, the same could not be said about the state level since a lot of states have independently considered and even implemented bans on kratom. In this article, we will discuss the legislature regarding kratom in Maryland, and what is the status of the legality of kratom in this state.

Is Kratom Legal in Maryland?

The answer to this question is yes. True to its name “Free State”, kratom is indeed legal in Maryland. You can buy, sell, and consume kratom wherever you are in Maryland including the major cities of Baltimore, Annapolis, Ocean City, Bethesda, and Frederick.

While attempts have been made to ban the use of kratom or to regulate the spread of the drug throughout the state. So, if you are found in possession of kratom, or found selling or consuming it, you will be subjected to no legal consequences.

History of Kratom in Maryland

The history of debate on kratom in Maryland is pretty recent as compared to other states. On the 10th of January, 2020, the lawmakers of Maryland passed a bill that declared two of the primary alkaloids in kratom; mitragynine and 7-hydroxy mitragynine as Schedule I substances.

According to this bill, these two components in kratom were dangerous, could cause dependency, and a potential to abuse, and hence was banned in the state of Maryland. Other substances in the Schedule I category included heroin, ecstasy, LSD, and peyote.

They were backed up by the reports collected by the Food and Drug Administration (FDA) and the warnings issued by that department. The lawmakers also mentioned the death resulted due to kratom in 91 cases according to the CDC.

However, the interesting fact here is that kratom advocates revealed that the CDC could not rule out other substances that could have caused the deaths in these 91 cases and kratom was merely a common factor and not actually the cause of death.

Furthermore, the American Kratom Association (AKA) has declared that if there are any adverse effects or possible death after the consumption of kratom, the dose might either be adulterated or contaminated.

According to kratom advocates, regulating the flow of kratom in Maryland is a much better option than banning the plant altogether. Hence, they have worked hard to get the state on board with the Kratom Consumer Protection Act (KCPA) which advocates for kratom regulation.

Since kratom is not regulated on a federal level, each state has the autonomy to decide how they want to perceive kratom in their own state. While there have been considerations and attempts to make kratom illegal in Maryland, the kratom advocates have prevailed so far and the state has not added the herb to Schedule-I substances. It means that the plant is still legal in the state.

The news revolving around kratom is always changing and the senate can pass bills at any point in time. While there is no immediate threat to the legality of kratom as of now, the legislature can change over time.

Where Can I Buy Kratom in Maryland?

Since kratom is legal in Maryland, it is available throughout the state in various tobacco shops and smoke shops. However, you should keep in mind that buying kratom from local vendors come with a lot of risk. Sometimes they will give you contaminated or adulterated kratom which can result in undesirable effects.

To avoid this, it is better if you purchase your kratom online from a trustworthy source that values their customers and provides high quality product that is pure, unadulterated, and lab-tested. Make sure that the vendor you choose is registered with the American Kratom Association (AKA) to develop a trust and credibility.

As of now, kratom is legal in the state of Maryland. Although the governing bodies had serious concerns about the effects and implications of kratom use in the state, the advocates have fought for the right to use kratom legally and so far they have succeeded.

Remember to always be careful and invest in a vendor that will keep your health in mind and provide contaminant-free, unadulterated products. Before buying, always do a little research about which kind of strain you want to use and what are their effects. Moreover, look for ways to potentiate your kratom dose and stay away from using illicit drugs.