Kratom in Maine: Where Does Kratom Stand in The State of Beauty? 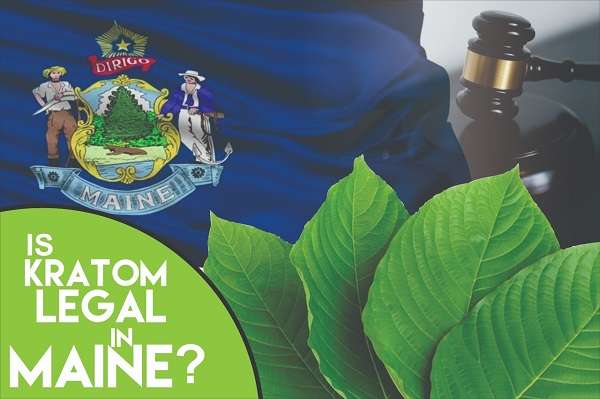 Being a part of the original 13 colonies, Maine is known not only for its exquisite views and breathtaking landscape but also for its tendency to embrace change in the best light possible. Many people do not hesitate in planning to spend their summers in this land of beauty but for others, issues such as wondering about the legality of their favorite herbal supplements can be a factor.

If you are planning a trip to Maine and want to know about the legality status of kratom in Maine, keep reading to find out. In this article, we will discuss whether kratom is legal in this state and what are the laws regarding it.

Is Kratom Legal in Maine?

Yes, kratom is indeed legal in Maine. There is a reason Maine calls itself “vacationland” and this might be it. For a long time, the harmful effects of kratom and the likelihood of its abuse have been discussed both at a government level and at the local level. In the end, all the laws fail to ban the herbal supplement and you can easily buy kratom locally in Maine.

History of Kratom in Maine

In 2017, a bill was passed in Maine that intended to ban mitragynine which is a key component of kratom, being one of its primary alkaloids. Banning mitragynine essentially prohibits the sale of kratom as well, which is why people panicked at the time. However, luckily for the users, the Maine Senate decided to amend the bill and ended up reversing it. The second motion regarding kratom that failed was the one intended to regulate its use in the state.

In April 2017, a bill was passed which intended to inform the people about the number of substances in the Schedule W list of controlled substances. This list originally included heroin, cocaine, oxycodone, methamphetamine, morphine, methadone, opium, and other derivatives that caused dependency, greater chances of abuse, and a risk to both the user and the ones around them. Among these substances, mitragynine was proposed to be added. The sponsors of the bill considered it of the same severity and potency as the others and hence proposed this motion.

During this time, concerns rose among the kratom community in Maine. The users and sellers alike were concerned about their association with kratom and how to proceed in the event of its prohibition in the state. A lot of people defended that there were locations in the state where there was a large-scale heroin problem.

Moreover, they advised the kratom advocates to voice their concerns and opinions to the committees as well as share their experiences to make them believe in the integrity of kratom in the state of Maine.

Due to the overwhelming response and concern from the activists, the Maine Senate had to reconsider their proposal and eventually passed the bill with the exclusion of mitragynine which meant that kratom was not included in the Schedule W list of controlled substances. This bill was passed in the June of the same year.

In the year 2019, Maine considered the Kratom Consumer Protection Act, however, the bill could not sustain and died shortly afterwards due to a lack of substantial support and validation of the proposal. As a result of this, kratom is legal in Maine but not regulated as such.

What Does the Drug Enforcement Administration Say?

The health impacts of kratom that the DEA are concerned about include vomiting, respiratory depression, weight loss, nervousness, and constipation. The DEA are still contemplating the purity, identity, and quantity of these herbs before they can classify them or consider them illegal. However, due to the possible health hazards, they have decided to regulate the use of kratom in Maine to keep the people in check.

After the last consideration regarding Maine in 2019, there have been no further talks regarding the legality or regulation of kratom in the state. No other bills have been considered or passed. However, kratom is not yet classified in Maine and there have been no movements to consider them off-limits or hazardous again.

The state seems more focused on regulating the herb rather than banning it altogether. It is important to keep in mind here that kratom laws can shift rapidly in the state so it’s crucial to stay on top of the news every time you want to consume or sell it.

Where Can I Buy Kratom in Maine?

Since kratom is not exactly banned in Maine, you can easily find the product locally in tobacco and smoke shops as well as a few head shops in the state. However, it is very important to be vigilant when buying kratom because there are a lot of scammers out there as well as sellers who sell low-quality products which can carry more harmful effects than good.

You should get your product online from trusted kratom vendors. Seek vendors who care about their customers and offer unadulterated, affordable, and lab-tested kratom for your own safety.

Kratom has been declared legal in Maine but the laws regarding the herb are still pretty unstable and can change anytime. The Senate is still debating whether it should be classified as a Schedule W list of controlled substances but the legislation seems to be more in favor of regulation than the complete boycott of the product.

Hence, keep an eye on the news. Lastly, before you invest in your dose, make sure you research what kind of strain you want and its effects. Seek a reliable vendor that can provide you with good stuff rather than contaminated products.