The Bliss of Enjoying Kratom in Kentucky 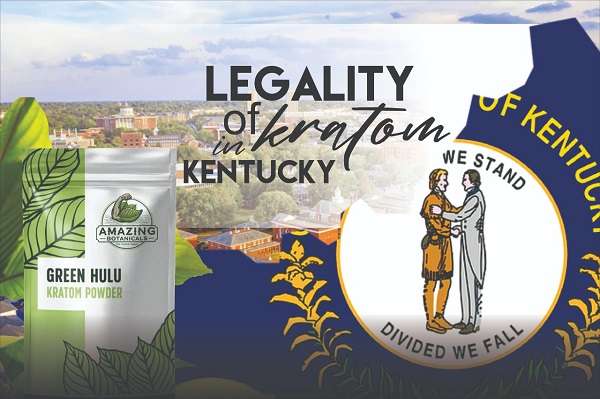 Kratom is a herb of Southeast Asian origin and has gained a lot of popularity in the United States. Over a decade ago the plant became quite famous all over the U.S. During its initial years in the nation there was less negative press attracted to the herb. But as it started to gain fame, it caught a lot of attention from federal authorities.

This negative press resulted in the herb being banned in six major states and multiple different regions of the nation. Kratom in Kentucky however remained safe. The government did not illegalize the use of the plant even though there was a failed attempt to do so in 2016.

Apart from being the birthplace of KFC and the song of happy birthday, it is a safe space for Kratom users too. This means that you can purchase any product of Kratom in Kentucky including major areas like Bowling Green, Frankfort, Louisville, Somerset, and Lexington. There are no prohibitions on buying the plant anywhere in the whole state. All you need to do is search Kratom near me!

The Legislation of 2016 Regarding Ban on Kratom in Kentucky

In 2017 and 2018 a wave of new concerns hit the community of Kratom in Kentucky. The anti-Kratom activists of the state introduced new legislation that a new list of substances should be created named Schedule A substances. The act suggested that this list of controlled substances should include those drugs that have similar properties to the ones that are already banned.

Kratom has similar but milder and less-abusive properties to a lot of illegal drugs. This bill passed the initial hearings but due to the backlash it faced, it never succeeded. And thus the act died before being implemented at all.

The Act of 2021 Regarding Regulation of Kratom in Kentucky

A Republican Sponsor introduced an act in February 2021 that aimed to regulate Kratom in Kentucky. The bill focused on the following factors to regulate the use of the plant:

Is it a Public Offence to Consume Kratom in Kentucky?

No, it is not a public offense to consume Kratom in the state. You can purchase the herb freely and even consume it in a public space as long as the consumption is not causing any secondary misdemeanor. If you break a law under the influence of the substance, then you can get charged for that offense or felony, but not for the consumption of Kratom.

The same rules apply for using the herb while driving too. If you consume a higher dosage of the substance you can likely get under the influence of the substance. To save yourself from any of this mess, keep your dose under check. The best time to intake the products is early in the morning or before bedtime.

What Dose of Kratom Does not Get You High?

Although Kratom is an all-natural herb it still tends to get misused and that can lead to a potential overdose. To stop yourself from consuming an excessive amount of the herb you need to have control over the amount of product you consume.

Excessive use of the herb can easily cause side effects. These effects can cause many harsh adverse reactions. Some of them can get life-threatening too. To control this from happening, limit your dosage to a standard amount.

Do not try to exceed the standard or moderate dosages that are usually set forward by experienced vendors or avid users. No matter what strain or vein you use, the maximum dose set for each even the milder veins is eight grams.

In the case of premium or gold veins that are more potent than the regular ones, the maximum dosage should be no more than six grams. If you are a beginner in the Kratom world, we suggest that you should not take more than one dosage per day. And the limit of your dose should not go above three grams maximum.

Kratom Near Me- Where Can You Buy Kratom in Kentucky?

Kratom is easily available in the Bluegrass State. You can purchase the kratom powder, crushed leaves, kratom capsules, tablets, and tea form of the plant from anywhere in the whole state. There are no restrictions on selling the products locally, so you will have multiple shops in each of the major cities that sell the plant products.

You can find the herb in the following local smoke shops and specialty shops:

Here is a list of local shops that sell Kratom in Louisville, KY:

Online Vendors that Ship Kratom to the state of Kentucky

As Mitragyna Speciosa is legal all over the state, you can easily get your products shipped to your locality. We believe that you should buy your items from a GMP-certified vendor so that they are lab-tested by a third party. Vendors that are certified by the Good Manufacturing Program (GMP) work in compliance with the American Kratom Association (AKA), thus the safety and hygiene of those products are guaranteed.

Following is a list of vendors that ship Kratom to Kentucky: