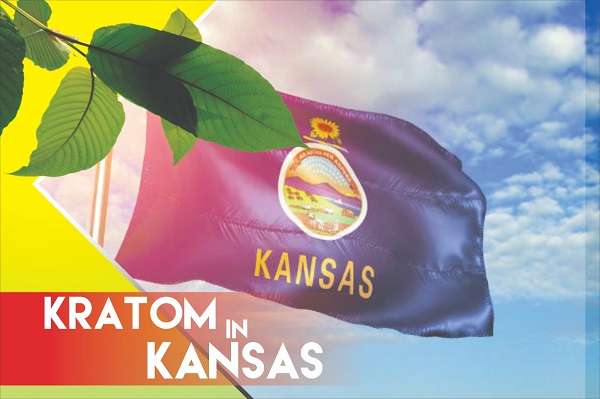 Kansas is located in the Midwestern United States of America. It is famous for being known as the Sunflower State and the Wheat State. It is present in the center of U.S, so is it also the center of attention for Mitragyna Speciosa users? Is the herb legal in the state? The answer to both of these questions is yes; Kratom in Kansas is completely legal.

You can buy Kratom in Kansas in all of the state’s major cities, including Overland Park, Kansas City, Wichita, Lawrence, and the state’s capital Topeka too. You can find the herb and its products in local shops, smoke shops, or speciality shops that stock Kratom all over the Sunflower State.

Along with being home to the first-ever Pizza Hut store in the world, it is also the home to many Mitragyna Speciosa users. You can consume the herb freely within the state’s limits as long as you are not intending to get high on the substance.

If you have moved to the state or are planning a vacation there, you would have little idea about the history of the ban that was proposed in legislation against the plant back in 2018. To know more about this bill and all the other stuff that is related to Kratom in Kansas, keep reading!

What Threat did the Legislation of 2018 Carry for Kratom Users?

In the year 2018, a bill was introduced in the Senate of Kansas that threatened the consumers of the all-natural herb Kratom. The pure intention of this bill was to ban the use of Kratom in the Wheat State. This would have meant that a user can no longer buy or consume Kratom within the state’s premises.

The bill was proposed to update and revise the list of controlled substances that are classified as Schedule I, II, and III substances. It was suggested that the name of the Southeast Asian plant, Mitragyna Speciosa should also be included in the list.

Some members of the Kansas Senate were firm on illegalizing the plant. They claimed that since the users are so stuck on keeping the plant legal, it is surely because the herb has addictive properties.

Another set of arguments claimed that there are no scientific shreds of evidence that suggest that Kratom is a harmful substance, this means that all users experience different effects based on the type and amount of Kratom they consume.

This act faced a lot of backlash from avid users in the Kratom community, and thus Kratom was taken down from the bill before it was passed to classify other potentially harmful substances. Along with Kratom CBD was also legalized due to the same reasons.

After the failure of the KCPA in May 2020, a new bill was introduced in January 2021. This updated version of the KCPA will be a step forward for the Kratom community in Kansas. If this bill is implemented, the following changes will take place:

Can You Travel with Kratom in Kansas?

Since the herb is legal in the whole state, you will face no issues with carrying it yourself. You can travel with Kratom to any public space including the airports. Make sure that your travel destination is a safe space for Kratom users, as if the plant and its products are illegal there you might face unwanted trouble.

Kratom is currently illegal in six states of the U.S. These include Arkansas, Alabama, Indiana, Rhode Island, Wisconsin, and Vermont. It is also banned in some cities and counties in the U.S like Sarasota County in Florida, San Diego in California, Jerseyville, Alton, and Edwardsville in Illinois, and a few other regions too.

Carry your Kratom products in their original packaging and keep them in your checked-in luggage. This way you will not face any delay and your items will safely pass the security check.

Kratom Near Me- What Option is Better to Buy Your Kratom in Kansas?

If you live in an area that has a reputable Kratom vendor, someone you probably know personally, you can go for that particular option to buy your Kratom products from. If you do not know any good vendors in your locality you can either search for Kratom near me or take the safer path of buying your items online.

When it comes to substances like Kratom, for instance, you may not be able to trust a local vendor who has little to no knowledge about the items he is selling. This is when online shopping proves beneficial. The vendors purchase the items directly from the source or farmers in Southeast Asia.

They buy Kratom leaves or the powdered form of the plant from native countries of Mitragyna Speciosa like Thailand, Vietnam, Malaysia, and Indonesia. This way you get authentic and A-grade quality products without the risk of any possible adulteration or contamination.

There have been cases in the past that led the states mentioned above to ban the use of Kratom, just like the bill introduced in Kansas that fortunately failed in the committee. These cases were related to either various deaths associated with the use of the plant or the cases of contamination of the products from bacterial and chemical toxins like Salmonella, Lead, Mercury, and Arsenic.

You can check out these online vendors to purchase your Kratom products.