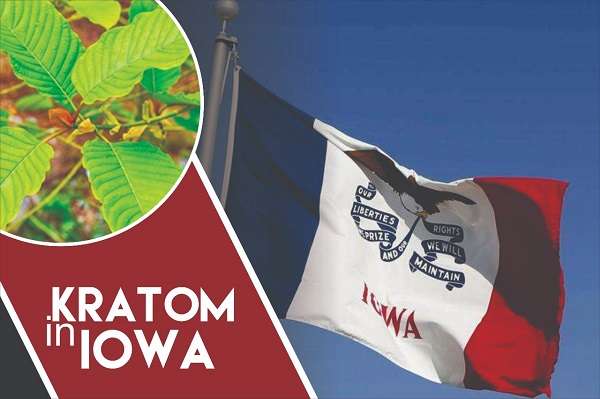 Iowa is the home for many items like corn, birthplace for sliced bread, and even educational institutes like the Maharishi International University. All of these unique identities show how diverse the state is. Iowa makes the United States of America the largest nation to produce corn. So the real question that arises from the Kratom community is that is it the home for the all-natural plant Kratom?

The answer to this question is a big nod, that yes Kratom in Iowa is completely legal. You can buy the herb anywhere in the whole state when you are searching for Kratom near me. The plant is legal to sell, buy, consume, and circulate all over the Hawkeye State.

There are no restrictions on doing any business that is related to Mitragyna Speciosa or its products. Online vendors will ship Kratom in Iowa, as the herb is permissible within the state’s boundaries.

Kratom is not illegal at the federal level but the Food and Drug Authority (FDA) has issued a warning against its human consumption. Initially, they wanted to impose a complete ban over the usage and sales of the substance. But then this decision faced a backlash from Kratom activists and thus the decision to legalize or illegalize the herb was left to individual states.

The History of Legislation Regarding Kratom in Iowa

Kratom has not always been favored in the Hawkeye State. There was a bill proposed in the Iowa Senate in 2014 that wanted to provoke a ban on the herb and products and also criminalize any activity like sales or possession of the plant.

The Kratom activists of the state made it impossible for the bill to get passed in the Senate, and thus the future of Kratom in Iowa was in safe and legal hands. This bill stated that the all-natural plant has hallucinogenic properties that have a very high potential for abuse and overdose.

They wanted to include Kratom in the list of Schedule I drugs, and thus classify the substance, claiming that it had no beneficial properties. If this bill would have passed in the Senate, even the possession of the herb would have been considered a misdemeanor, and any intent to distribute the products a felony.

What Led to the Non-Implementation of the Legislation in 2014?

Kratom activists were the sole reason behind the bill not being implemented back then. They filed a petition signed by many Kratom users that proved the plant has a much lesser potential for abuse than other potentially harmful substances.

The petition pinpointed the fact that Kratom belongs to the family of the coffee plants, the Rubiaceae family rather than any other harmful synthetic drugs. And since it belongs to the coffee family, it produces effects that are more or less related to other plant members of that category. So the amount of potential coffee has for being an abusive substance applies to Kratom too.

Later in 2017, this fact was backed up by research conducted by some scientists that published an eight-factor analysis on the Kratom plant. This analysis proved the same points as were filed in the petition in 2014. Anti-Kratom activists claim that Kratom has been responsible for the deaths of many people due to an overdose.

But this is not entirely true as Kratom autopsies for each of these reported deaths revealed that the deceased had some other substances in their system along with Kratom. So Kratom was not the only herb to be blamed for these incidents.

Is Kratom in Iowa a Regulated Substance?

There has been a struggle in the past to regulate the use of the plant by Kratom supporters but like the bill regarding the ban, this proposal was also rejected. The American Kratom Association (AKA) is less active in the state of Iowa as the state has no plan to ban the herb.

The AKA works more in states that have illegalized the herb and so they work hard to reverse these bans. Since the AKA is less active in Iowa, the Kratom Consumer Protection Act (KCPA) has not been introduced in the state yet. But that does not mean it will never be proposed in the state.

Where Can You Buy Kratom in Iowa?

Kratom is available all over the state and you can purchase it in every major city like Davenport, Des Moines, Cedar Rapids, Dubuque, and Ames. You can search for Kratom near me in any region from Iowa. There are a couple of good local shops present in almost every city of the state.

You can search for Kratom in local smoke shops, vape shops, tobacco shops, or speciality shops. But make sure you choose a vendor that sells products of optimal quality and does not compromise on the proper storage of the items too.

The American Kratom Association has certified a member of a total of 25 members under the Goods Manufacturing Program (GMP). Under the regulation of GMP, these vendors pack and sell Kratom under extremely safe environments and all of their products are tested by a third party.

Before buying any Kratom item make sure that the contents are all-natural and they contain no amount of synthetic Kratom alkaloid, mitragynine. The addition of any such synthetic substances eradicates the naturalness of the herb. Here is a list of vendors that are well-known in the Kratom market and sell good quality products.

Is it Safe to Travel with Kratom?

Apart from enjoying the herb within the state of Idaho, you can travel with it to another destination, but do read the rules and regulations regarding Kratom in that region. Carry your Mitragyna Speciosa products in your checked-in luggage and you are good to go. Do not travel with the herb or its products if you have a stopover in a region where the herb is illegal. You can be held accountable for possessing such classified substances and thus can be charged accordingly. Even if the security clears you for your contents, you might face an unwanted delay.