The History of Legislation Regarding Kratom in Indiana 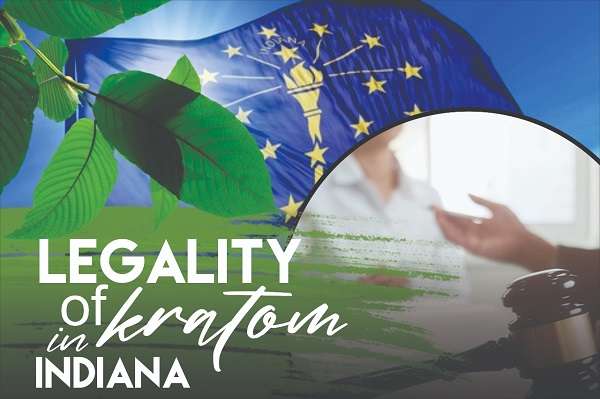 If you have learned recently about the miraculous plant Mitragyna Speciosa and have searched for Kratom near me while living in Indiana, you would not have found any single vendor that ships Kratom in Indiana. This is because the plant is completely illegal in the Hoosier State.

You can not buy, sell, distribute, and consume Kratom while in the states’ premises. The herb is a classified substance and thus is considered a potentially harmful substance in the whole state. You can not even get the items shipped in your city if you are a resident of Indiana.

Kratom has been a controversial herb ever since it became famous in the United States. It is currently banned in six states of the U.S. All of these states have classified the plant in the category of hallucinogens.

But this is not entirely true as Kratom belongs to the family of coffee plant, Rubiaceae, and thus Kraton has effects similar to coffee rather than other potentially abusive substances. But many six U.S’ states and multiple counties and cities have chosen to ignore this factor and deemed the herb illicit.

The Ban on Kratom in Indiana

And thus under this classification, the herb was classified as a Schedule I substance. It was enlisted in the list of controlled substances and thus even possessing the herb within the state’ boundaries is considered a felony.

Is There Any Pending Legislation for Kratom in Indiana?

There is currently no pending legislation regarding Kratom in the state of Indiana. The herb is classified as a Schedule I hallucinogenic and the only amendment there has been in the bill of 2014 was that it was reclassified from a controlled to a hallucinogenic substance.

For obvious reasons, this amendment did not bring any change in the usage and legality of the plant in the whole state. Kratom has been a risky substance in the Hoosier State since 2014, and there seems a very little chance that this ban will be reversed.

What Charges Can You Face if You are Caught with Kratom in Indiana?

Possessing the plant within the state’s boundaries is a criminal offense. Indiana is one out of the six states that have criminalized the use and business of the herb. Possessing Kratom in Indiana is considered a Class A misdemeanor and for your penalty, you can be charged a fine of $5000 with or without a jail time of twelve months.

This charge goes up a notch when you are found possessing Kratom either near a minor (someone who is below the age of eighteen years) or near a certain facility like a school. Your action will then be considered a Level 6 felony. For this crime, you can spend six to thirty months in jail along with paying a fine of up to $10000.

Kratom Near Me- Can You Buy Kratom in Indiana from Local Shops?

No local shops will sell this substance in the state of Indiana. The vendor can easily be fined and jailed for even stocking the herb in his aisles, even if it is not for selling purposes. Any trade that is related to the Mitragyna Speciosa plant is considered illegal, and thus you will be caught for your actions accordingly.

The only way to consume Kratom if you live in Indiana is if you take a vacation to a nearby location that has not illegalized the plant in the state’s premises. If you get Kratom in the state through illegitimate means you will be held accountable if caught by an official. This act of yours can get you in a lot of legal trouble. If you are a minor your future in the state can be jeopardized.

As each of these illicit acts piles up as your criminal history record. And this can get troublesome for you when you want to apply for future studies in the state or elsewhere.

So no matter if you search Kratom near me or Kratom in Indiana, you will not find any promising result. You can be an advocate for the all-natural herb and help the American Kratom Association (AKA) in reversing these bans against Kratom.

What are the Alternatives of the Kratom Plant?

Since Kratom is an illicit substance in the state of Indiana, you can look out for alternatives to the herb. There are a lot of Kratom alternatives available in the global market. You can search for these in Indiana too. If these herbs are legal in your state you have a shot at buying and including them in your daily routine.

There are many substitutes available like Mitragyna Javanica. This is the most common substitute for Kratom as it belongs to the same family as Kratom. It is a lesser-known species and so is legal almost everywhere. Although it is not as potent as the original Mitragyna Speciosa plant, it is a good milder alternative.

Another Kratom substitute that you can search for is Mitragyna Hirsuta. It also belongs to the same genus as M. Javanica. Out of every other substitute, this is the most potent herb. The alkaloid content of this plant is different from that of Kratom and so the effects alter accordingly.

Some other alternatives you can go for are Kava, Akuamma, Kanna, Blue Lotus, Sakae Naa, and Guarana. All of these have different effects. Hence you can choose the one most suitable for you but make sure that the substance is legal within your state so that you do not commit a crime.

If you are a resident of Indiana and have decided to plan a vacation outside the state, you can choose a region where Mitragyna Speciosa is legal. This way you can explore the herb whilst abide by the rules and regulations. Consuming Kratom is legitimate in most of the United States of America. And if the herb is regulated at the level of the state, you can even purchase it from local sources.

Nevertheless, online vendors have always won the game when it comes to buying your Kratom plant’s products. So here is a list of our personal favorites to get you started: