The Laws Regarding Kratom in Idaho- The Gem State 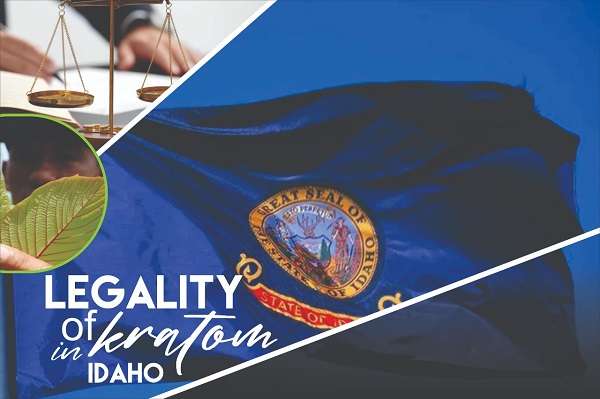 Idaho is best known as the Gem State, as it is the home to many precious jewels, resources, and other delicacies. And amongst these special items, Mitrgayna Speciosa is one of them too. Kratom in Idaho is completely legal right now but not regulated at the state level.

Kratom has always been a controversial herb in the United States. But Idaho was not one of the territories that banned the use of the herb in the state. Instead, a bill was introduced in the year 2020 that had the potential of regulating kratom. Unfortunately, this bill died in the committee and thus was never implemented.

Kratom in Idaho is available throughout the state and so you can easily find the products in major areas such as Idaho Falls, Boise, Nampa, Meridian, and Caldwell. There are no restrictions placed over the sales and use of the plant so you are free to buy it anytime you want.

Mitragyna Speciosa is legal to buy and consume in the state but since the herb is not regulated at a state level, any vendor can join this business, including those sellers that have little to no idea about the storage and details of the plant.

How does the Non-Regulation on Kratom in Idaho Impose an Issue?

When you search for Kratom near me while living in Idaho, a bunch of random results pops up in front of you. These search results also include local vendors that sell Kratom just because of the herb’s hype. And so a lot of them have no idea about the products they are selling.

The reason why every small-scale local vendor jumps on the bandwagon to sell Kratom in Idaho is that it is in popular demand and there are no regulations placed over it. So even if they do not store Kratom items under optimal conditions there is no check and balance over it.

This becomes an issue for the customers that buy the items based on what the vendor has to offer. Even an avid user can sometimes fall victim to buying the wrong items. Hence regulating the herb on a state level has many beneficial effects, out of which the primary concern is safety and hygiene.

On the 28th of February, 2020 Idaho was assessing a Kratom Consumer Protection Act (KCPA), but the bill died in the committee. Hence it never made it to the official records and thus Kratom in Idaho was not regulated.

If this bill would have passed the committee and would have been imposed, the Kratom industry in Idaho would have taken a huge step forward. The herb would have been regulated at a state level and thus all processes related to the manufacturing, selling, and distribution of the items would have been overlooked by government officials.

The bill constituted of the following bullet points:

The Botanical Advocacy of Kratom in Idaho

When anyone talks about the issues related to advocacy and legislation of the Kratom plant, avid users know that this is where the American Kratom Association (AKA) steps in. Whether it is the state of Idaho or Georgia, the AKA works tirelessly to regulate the herb in states where it is legal, and reverse the ban on the plant in states where it is classified.

The AKA is a consumer group that advocates for the Mitragyna Speciosa plant. Their main aim is to get every state in the U.S on board with the Kratom Consumer Protection Act (KCPA) so that the herb gets regulated at the state level.

Once Kratom gets regulated by all the states, the Food and Drug Authority (FDA) will have to regulate the substance at a federal level too. The unanimous act of every state will provoke a response from national authorities such as the FDA, DEA, and NIDA.

Kratom Near Me- Local Shops of Kratom in Idaho

As mentioned above, you will find many vendors in your locality in the state of Idaho. From Idaho Falls to Boise, you will find Kratom shops in every area. Kratom is sold in local shops, smoke shops, vape shops, tea shops, and some special substances shops that sell products like CBD and Kratom. Following are the names of some local shops that might help you.

Since the herb is legal with the boundaries of Idaho, it is completely legal to get your Kratom items shipped to your location. You will face no security issues as the consumption and trade of the herb is legitimate and safe within the state’s premises.

Compared to local vendors, the online market is much safer and offers a better price as they deal directly with the source, so no middle party is involved in between. The online vendors are segregated based on the GMP certification. Vendors that work under the AKA are certified under the Good Manufacturing Program and thus they comply with the safety and hygiene rules.

Here is a list of vendors to get you started on your Kratom journey!