Kratom in Georgia- Can You Buy the Plant All Over the Peach State? 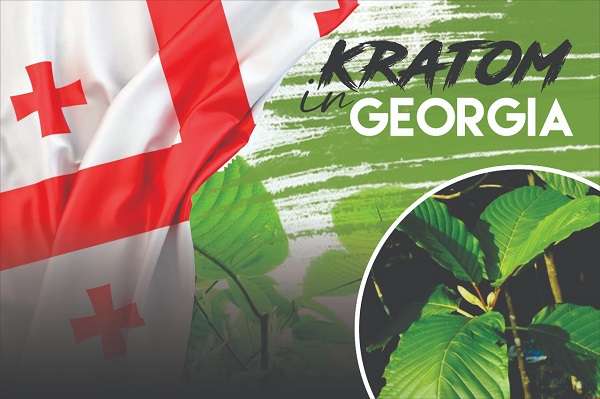 Few states in the U.S have banned the usage of Mitragyna Speciosa, but Georgia is not one of them. If you are a user of the herb in the Peach State, there is a piece of good news for you, Kratom in Georgia is legal throughout the state!

Kratom has been an extremely controversial plant ever since it became popular in the United States. This popularity attracted a lot of negative press and it led to many bills being introduced against the herb.

Kratom in Georgia is easily available in any smoke shop or tobacco shop that stocks the herb. You can find it through online sites, and almost all the online vendors will ship it to your locality in Georgia as it is completely legal here.

The History of Legality of Kratom in Georgia

In April 2019, Georgia adopted their own Kratom Consumer Production Act (KCPA). This states’ adaptation to regulate the use of Kratom was considered a sensible decision by the American Kratom Association. The regulation on the use of the plant and the imposition of certain restrictions over the sales was claimed as a safe way to move forward in the Kratom industry.

The sales of Kratom in Georgia took the following turns after the implementation of the KCPA:

Can You Travel with Kratom in Georgia?

Yes, it is legal to travel with Kratom in Georgia. As long as you are traveling to a state where the plant is legitimate, you can travel with the products without the fear of being arrested or expecting any delays during the security checks.

Make sure that you keep the items in your checked-in bag and carry them in their original packaging. The labels on the pack will provide concrete proof of what contents are present inside. If you have an expected layover in a state or region where Kratom is banned, then it is better that you do not carry your Mitragyna Speciosa items.

You can face security issues in such regions as the herb is classified in some states, counties, and cities. In such cases, it is better to purchase your Kratom products from where your destination is or order them online and get them shipped to the location you are traveling to.

The Popularity of Kratom in Georgia

Kratom is quite popular in the Empire State of the South. Products here are sold at many gas stations, local shops, smoke shops and are easily available throughout the region. The living proof of the herb’s popularity in the state is its adaptation of the KCPA.

Although the herb has managed to garner negative press in the state too, Kratom users do not give much attention to these anti-Kratom activists. Ever since the herb was regulated at a state level, these people have always tried to grab the limelight to impose a ban on the usage of the plant.

The issues for the Kratom industry in the state of Georgia started in the year 2017. A medical examiner from the state reported eleven deaths due to the use of Mitragyna Speciosa. And just a few days after this report was submitted, the Food and Drug Authority (FDA) issued a warning against the use of Kratom.

When the autopsy results emerged on the surface, it was revealed that nine out of those eleven deceased had some substance other than Kratom in their system. No further such data was gathered from the remaining two bodies.

A chemist who studies such cases commented on the case and said that often users who start taking Kratom are former users of harmful and dependent drugs. They switch to Mitragyna Speciosa to get rid of this dependency, and so they are already prone to risks associated with the usage of such herbs and substances.

And by the limited number of studies conducted by various scientists, it is confirmed that in comparison to other substances, Kratom is less likely to cause fatal or life-threatening adverse effects.

This scenario led to the authorities deciding to implement a complete ban on the herb, but this decision was reversed by the opposition that argued in favor of the plant. Thus, finally in the year 2019, Kratom was regulated on a state-level in Georgia.

What Happens if a Minor is Found Possessing Kratom in the State?

If any minor is found with Kratom on the premises of the state, he will be immediately caught guilty and will be held accountable as this is a misdemeanor. Although the charges for committing a misdemeanor are less serious than those of a felony, they are quite strict in the state of Georgia.

Along with facing a penalty of $1000, they can face up to 12 months in jail, and these punishments are the same for any vendor who is caught in the act too. All of these misdemeanor charges can affect the minor’s future as this all will go on their history of criminal records.

Kratom Near Me- Where Can You Buy Kratom in Georgia?

You can buy Kratom anywhere in Georgia, just search for the best available spots by typing high-quality Kratom near me, and you will get all the results that will include both local shops as well as online Kratom vendors. Here is a list of some vendors to get you started:

If you have any issues trusting a new vendor, you can go for sellers that are certified by the GMP, a program regulated by the American Kratom Association. This organization is the major backbone behind the Kratom industry.