Kratom in Colorado- Is the Herb Legal All Over the Centennial State? 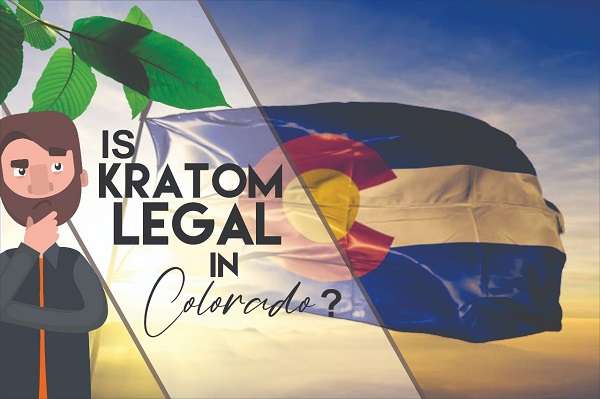 Colorado is very well-known for its landscapes, hot springs, and mountains. But the state is not a famous hotspot for Mitragyna Speciosa users. As there are other recreational herbs like weed that is legal in the state. So they steal the limelight for other lesser-known plants such as Kratom in Colorado.

Kratom is available all over Colorado and is legal in the state too except for Denver, Monument, and Parker. You can not buy, sell, or consume Kratom while in Denver.

Other than these three areas, you can consume Kratom all over Colorado as there is no state-wise ban placed on the business and usage of the plant. Other than Denver, Monument, and Parker you can find Kratom in Colorado if you type in Kratom near me in your search bar.

The Popularity of Kratom in Colorado

The centennial state has its door open to many substances like marijuana and weed. People use medical marijuana and weed to cure their acute or chronic pains that either has a primary cause or are due to any other ailments.

All-natural herbs like Kratom have been reported to reduce temporary pains. But other botanical plants that are mentioned above cure pain in the long run. For this reason, people tend to choose these substances over Kratom in Colorado.

For those people who do not have a doctor’s prescription to buy substances like marijuana or weed, Mitragyna Speciosa can be a low-key substitute.

Can the Police Arrest You for Using Kratom in Colorado?

If you are a resident of Denver, Monument, or Parker you can easily get convicted or arrested for possessing or using Kratom in a public space. The herb is completely banned for human consumption in these areas. So it is better not to buy such substances that can get you in trouble in these areas.

Other than these three locations, if you use Kratom in any public spaces in the rest of Colorado, the police can think that you might be possessing an illegal substance such as marijuana and can arrest you on that basis.

It is better to take your daily dose at home if you are a regular Mitragyna Speciosa user. This way you will not face any legal trouble. Even if you intend to carry Kratom in a public area, try to keep the contents in their original packaging so that you will have concrete proof that the items are not illegitimate.

In any case, if you get caught do not try to argue with the officials, try to get yourself an attorney that can prove your innocence.

What Different Forms of Mitragyna Speciosa are Available in Colorado?

If there is a Kratom vendor near your locality, he would likely have Kratom powder or Kratom capsules available stocked in the store’s aisles. But if you order from online sources, you can find Kratom powder, crushed form of the leaves, capsules, tablets, brewed tea, extracts, and tinctures.

Kratom extracts are said to be the most potent form of the herb. But users claim that this increased concentration of the primary alkaloid mitragynine is synthetically added. This does not retain the natural components of the herb.

In comparison, capsules, fresh powder, and tea are considered better alternatives as they have a fixed amount of mitragynine and 7- hydroxy mitragynine in them. If you buy from a vendor that is certified by the GMP, you can get safer products.

What Dosage of Kratom is Considered Safe?

For newcomers, it is advised that you should not start your Kratom journey by taking a higher dosage. Start with a smaller dose like one gram or maybe up to three grams. Once you start getting used to the item, then gradually increase your dose;  for instance, a quarter of a gram each time.

The safe limit for almost all Kratom strains is set near six to eight grams. A dosage higher than this can cause problems such as unwanted side effects or building up a tolerance in the worst situation.

Where Can You Find Kratom in Colorado?

The herb is easily available in smoke shops or local shops in many areas of the state. You can purchase it via those shops. But make sure that the vendor has a good reputation among the locals of the area.

If any vendor sells shady items, do not purchase your items from them no matter what your urgency is, and this is because there is a high probability that the contents can be adulterated and contaminated.

From the years 2017-2018, there was an outbreak in the Kratom industry that led to fatalities due to the consumption of contaminated items. This contamination was caused by both microbial toxins and harmful chemicals.

There is a higher chance that the items of these inexperienced vendors can be either expired or stored under suboptimal conditions.

Kratom Near Me- Online Vendors to Purchase Kratom in Colorado

Online vendors have an upper hand when it comes to selling Kratom. There are retailers out there that work with the American Kratom Association, hence their items are GMP-certified, so the hygiene and safety of the contents are guaranteed.

Kratom was primarily just sold and used in Southeast Asia, but now the herbs are used in the western world too. This widespread use has attracted a lot of vendors to source their items directly from Kratom farmers.

Thus you will find a lot of online sellers that supply Kratom in Colorado directly from these farmers, and this direct connection guarantees that you are receiving authentic products on the far end of the globe.

Nonetheless, here is a list of online retailers to get you started on your expedition of Mitragyna Speciosa:

Note that trusted vendors will not ship the items to Denver, Monument, or Parker. So if any vendor is trying to ship them to you in these areas, they are committing a felony and you will be equally responsible for it. It is best to comply with the rules that are set forward by city councils or such authorities.