Kratom and its Legalization in Australia 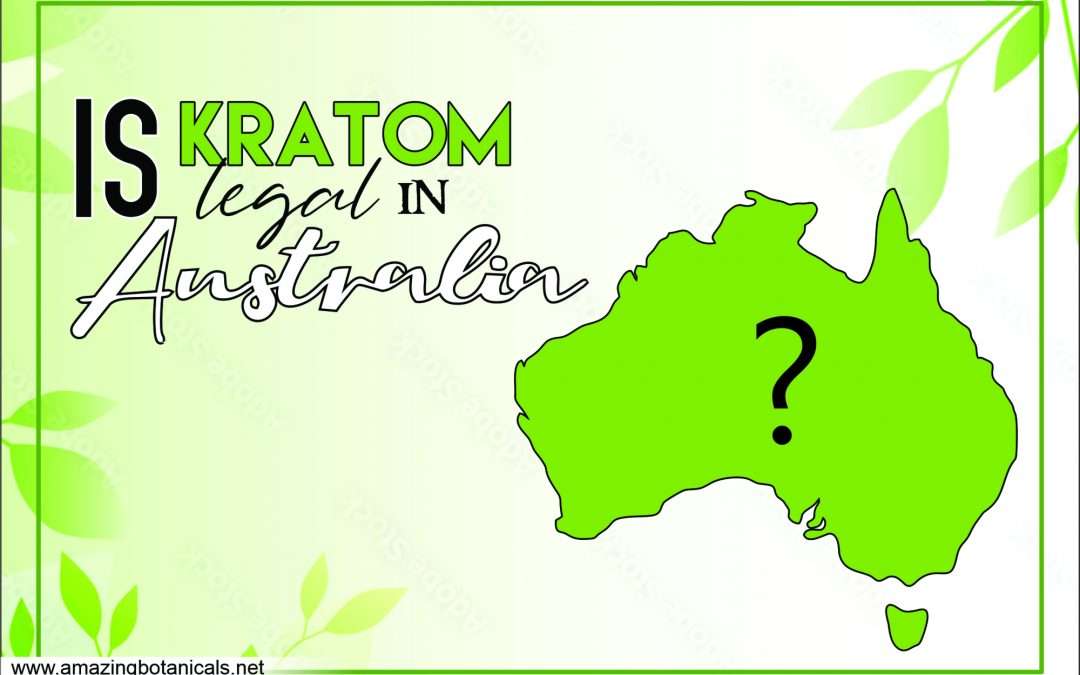 Kratom, aka Mitragyna Speciosa, was once a popular herb in Australia, with many people enjoying it. Kratom is available in many forms for consumption, including powders and capsules, even though its leaves got traditionally chewed in Southeast Asian regions, where its medicinal qualities got first discovered.

With the herb’s immense popularity, benefits, and demand throughout the globe, you’d think Australia would have legalized it as well. However, things may not turn out so well.

Australia is the sixth-largest country and one of the most urbanized. It is well-known for its wide-open beaches, breathtaking landscapes, parks, the successful film franchise: Mad Max, vast deserts, unique attractions in cities such as Sydney, Melbourne, Brisbane, animals, and, of course, Kangaroos.

Citizens of cities in Australia have been affected by the illegalization of drugs. Often people wonder how to get their hands on the herb. In addition, many people visit the country in a year- and among them include the fanatics of all-natural herb. The bustling and fast-paced life of major cities, which attracts tourists each year, would require you to unwind now and then deal with stress, which leads potential visitors or existing residents to wonder, Is Mitragyna Speciosa legal in Australia? If so, where can you find the best Kratom in Australia?

Kratom In Australia: Is It Legal?

Unfortunately, in Australia, the consumption, possession, production, or selling of Kratom is illegal and criminalized. Historically speaking, due to its potential to be used as a narcotic substance, Australia had outlawed Kratom and placed regulations on its usage as early as 2003. Although there is no solid evidence of Mitragyna Speciosa abuse within the Australian region, its cultivation, production, and distribution are banned.

As per the Drug Misuse and Trafficking Act 1985, the kratom alkaloid compounds (Mitragynine and 7-hydroxy Mitragynine) were designated as drugs by the Australian authorities in 2005. That is why the law strictly prohibited the use of Kratom in any form, including tea, capsules, and powder. Those who got caught under the influence of the drug would be subject of a fine or imprisonment.

Australia had also placed Kratom on Schedule 9 substances as per the same Act, prohibiting its usage unless for research purposes. Consumption of this herb entails a criminal penalty of up to 12 months in prison and/or a fine of $2,200. Further, Manufacturing, producing, supplying, or knowingly participating in acts involving a schedule 9 substance, such as Kratom, can result in up to 2 years in jail and a $2,200 fine.

What Is A Schedule 9 Drug?

According to the Drug Misuse and Trafficking Act, Schedule 9 substances (also known as poison) get controlled drugs that can get abused. Their manufacture, possession, sale, or use should be prohibited by law unless necessary for medical or scientific research with the approval of the Commonwealth or State, or Territory Health Authorities. Kratom falls into this category and can only get used for training or teaching.

Where To Buy Kratom In Australia?

Sometimes, people do find a way to get Kratom in Australia. However, since the substance is illegal and its sale is restricted, you should be aware that this herb cannot get purchased within Australia, and you risk being imprisoned or fined if you get caught using it.

However, Kratom is legal in many other countries, including the United States. Your best bet would be to try to obtain the drug from online Kratom vendors, where the drug is available at lower prices and in a wider variety for you to choose. Given the law, that is still a little risky.

Another option may be to obtain a license for possession under the Poisons and Therapeutic Goods Act 1966. Though this may be hard to acquire, the safer bet would be to follow the law and avoid purchasing Kratom within the Australian borders.

Where To Buy Kratom In Australia?

Since the substance is illegal and its sale is restricted, you should be aware that Kratom cannot get purchased within Australia, and you risk being imprisoned or fined if you get caught using it.

However, Mitragyna Speciosa is legal in many other countries, including the United States. Your best bet would be to obtain the drug through online markets where the drug is available for affordable prices, but a wider variety gets offered to choose. The following are the four vendors with a good reputation selling high-quality and affordable Kratom products.

1) Amazing Botanicals: As a wholesale business, Amazing Botanicals is an excellent online store if you want to buy Kratom in bulk. They also sell powders, extracts, and capsules of all three strains of Kratom.

2) Golden Monk: Golden Monk is a relatively new online company seeking to develop its customer base. You can find Kratom at a lower price than the market standard while also receiving exceptional customer service!

3) SA Kratom: This online site sells a wide range of Kratom veins obtained from Southeast Asia at reasonable costs, making it a fantastic choice if you want to try out different veins.

4) Super Natural Botanicals: This American Kratom vendor offers a variety of capsules and powders for all types of customers, including beginners and experienced Kratom users. They also have cheaper delivery expenses and offer affordable prices.

Another viable option may be to obtain a license for possession under the Poisons and Therapeutic Goods Act 1966. Though this may be hard to acquire, the safer bet would be to follow the law and avoid purchasing Kratomwithin the Australian borders.

Is It Possible That Kratom May Become Legal In Australia In The Future?

Whether Kratom should get decriminalized in Australia or not is a contentious issue. Kratom differs from other prohibited narcotics in that it is not like other controlled substances. Marijuana is a psychotropic drug, whereas heroin is a handmade opiate.

Kratom is, however, an herb with a tree-like structure from which the leaves get harvested. Due to a lack of information about its long-term side effects, there is a possibility that Kratom may only be available while being strictly monitored.

Many people are gradually recognizing the value of herbs for medical purposes and advocating for their legalization if the government plays an active role in emphasizing the benefits and risks to potential users. Regardless, the laws governing Kratom in Australia will almost certainly remain unchanged, with no chance of decriminalization anytime soon.

Is it okay if I buy Kratom in another country while on vacation and bring it to Australia?

Genuinely speaking, that sounds like an idea that would somehow work. However, since it is illegal to bring the herb inside the Australian border, we would prefer not to try this stunt unless you would like to get fined or thrown into prison.

Was the use of Kratom ever permitted in Australia?

There isn’t much information available on the internet about the continent’s legalization of marijuana. However, because it got prohibited in 2003, we can assume it was legal.

What happens if I somehow bring or smuggle Kratom into Australia?