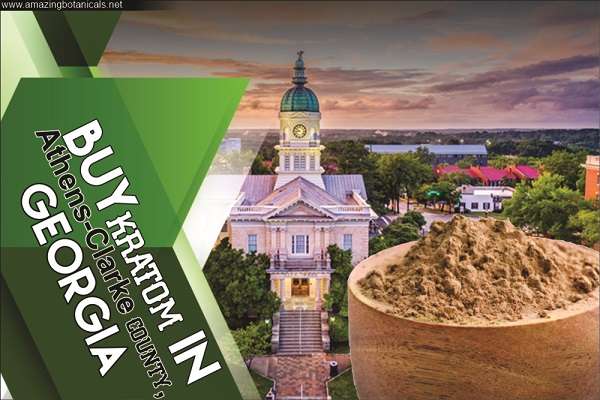 If you are the person dealing with discomforts, low energy levels and inability to quickly focus, then you may have heard about Kratom at least once in your life.

Kratom is a herbal substance containing potent alkaloids such as Mitragynine and 7-hydroxy mitragynine. These chemical compounds are well-known for their effects like boosting the energy level, relieving strain and sharping focus.

The Kratom plant or Mitragyna Speciosa originally is native to the southeast countries of Asia like Indonesia, Malaysia, Thailand and Myanmar.

Nevertheless, it has gained immense popularity across the US during the past few years.

Moreover, because of the federal policy, each state is allowed to regulate or ban the buying, selling, possessing and using of Kratom in its own way. Different countries have dealt with it differently. Six states have banned Kratom absolutely, some states have passed bills to regulate it, and many have left it to their citizens’ choice.

The Legalization of Kratom in Athens, Georgia

In 2017, followed by the Food and Drug Administration’s (FDA) warning about Kratom, a Georgian medical examiner issued a statement claiming that 11 people have lost their lives because of  Kratom. This statement was a serious blow to the American Kratom Association’s (AKA) lobby to keep Kratom legal in Athens, Georgia.

Even though the autopsy revealed that 9 out of those 11 deceased had other substances present in their blood, and for the remaining 2, the additional data was not available, yet the examiners supposed Kratom was the cause of death.

Anyways, there were appeals of banning Kratom in Athens, Georgia, and then shortly after, the senate of Georgia reviewed a bill intended to ban Kratom across the state.

However, thanks to American Kratom Association, a non-profitable and central organization that lobbies and advocates to keep Kratom legal across the US, they shared their positive feedback and experience and convinced lawmakers to not ban Kratom completely.

In 2019, the senate of Georgia passed another bill, Georgia’s version of the Kratom Consumer Protection Act (KCPA), that established restrictions and regulations on selling and buying Kratom in Athens, Georgia.

The American Kratom Association welcomed this decision as they believe it will bring quality and transparency to this business.

United States Drug Enforcement Administration (DEA) wanted to initiate the scheduling of Kratom, and the lawmakers of the US proposed a bill that could have banned Kratom in 2013. In response to that, the American Kratom Association (AKA) was founded in 2014.

American Kratom Association (AKA) and the Botanical Education Alliance (BEA) developed a basic legalization document to keep Kratom legal in the US. That document is known as Kratom Consumer Protection Act.

This Kratom protection is based on the following things:

1- One can sell Kratom only to people above the age of 18, which means selling it to minors is punishable by law.

3- One can not sell any Kratom product which has dangerous substances that can cause harm in any way to the consumer.

4- Adulterated or contaminated Kratom with substances that may alter its potency and quality is not allowed.

5- Any Kratom products can not have more than 2% of 7-hydroxy mitragynine.

6- Including artificial kratom alkaloids or artificial forms of any other biological alkaloid is prohibited.

7- One must label the Kratom products that shows the origin of the ingredients present in the product.

8- Disclosement of concentration of 7-hydroxy mitragynine.

If any Kratom vendors violate these regulations, then other than the penalties they may even face criminal charges.

(c) For the third offence, he would pay $1000, and depending on the circumstances, he may face criminal charges and be locked up for 4 months.

NOTE: These are the general rules of the act composed by the AKA, so keep in mind that each state is allowed to exercise its power to amend these rules in its own way.

Where to Buy Kratom in Athens-Clarke County, Georgia?

Unlike other states, whereKratom is legal in one city and illegal in the other, you can anywhere and anytime use, sell, and buy Kratom in Athens, Georgia.

Whether in big cities like Augusta, Macon, Columbus or in small locations, you can find Kratom easily at gas stations, herb shops, clubs and smoke shops of the country.

Here are the top five places to buy kratom in Athens, Georgia.

Because of the top quality tobacco, vape, CBD and Kratom, Green Light Smoke has established a quite good reputation among the residents of Athens, Georgia. The polite expert staff, a well-organized interior and highlighted colourful murals give customers a chill and relaxing vibe.

Like the name, this shop has a spectacular blue coloured exterior and veranda. Their workers know the things they offer and are quite good at guiding customers about taking White Horn, Green Thai, and Red Malay Kratom in powder and capsule form.

Because of their knowledgeable staff and genuine Kratom in capsule and powder form, Wild Side is a well-known outlet for buying Kratom in Athens, Georgia. The shop also has CBD, Hookahs, Bongs, Pipes and other smoking stuff.

One of the popular outlets in Athen Georgia’s Kratom enthusiast is Cloud 9 Smoke and Vape. They have a small bar and lounge, where customers can relax and try their products such as Kratom, popular cigar and vape brands.

Tobacco and Vapor is another popular place to find genuine Kratom at reasonable prices. Moreover, along with the wide variety of Kratom strains, they also offer Bongs, Hookahs, Pipes and all smoking accessories.

After a long battle, Kratom is now well protected in Athens and in the entire Georgia by KCPA. Since Kratom is all legalin Georgia, you can buy and use Kratom as much as you want; however, if you are a new Kratom consumer, then you must start with small dosages.

Moreover, buy Kratom online if you are a daily kratom consumer. It will save you some money because of great online deals and discounts and give you a healthier form of Kratom than locally made.