Kratom in Arkansas- Is the Herb Legal in the Quartz State? 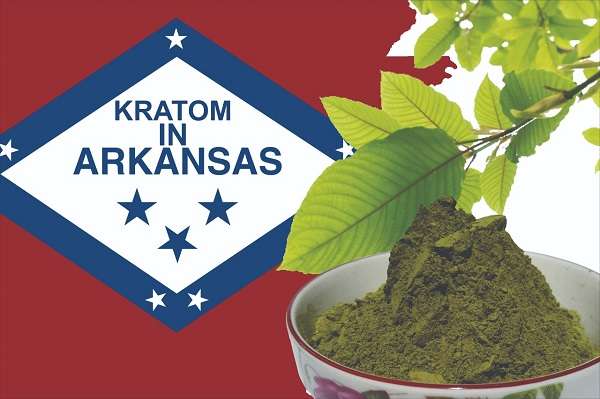 Arkansas might be a state rich with minerals like quartz or gemstones like diamond, but the state is not a hidden gem for Mitragyna Speciosa users. Kratom is illegal in the territory of the state of Arkansas.

Since the herb is not regulated on a federal level, the laws of each state define the position of Kratom in that specific location. These state laws did not favor the use of Kratom in Arkansas, and thus the plant is banned here.

Unlike some other states that have a few exceptions in either one or two counties or cities regarding the Kratom ban, Arkansas has no such exceptions. Kratom in Arkansas is banned completely.

It is illegal in all of the state’s cities including major areas like Fayetteville, Little Rock, Fort Smith, Hot Springs, and Bentonville. This illegality throughout the state has made the use of Kratom a felony in the premises of Arkansas.

This complete ban on the substance has made the buying and selling of Mitrgyna Speciosa a criminal offense. Thus if you search Kratom near me when your live location is in Arkansas, you will find that no vendor will be willing to ship Kratom there.

Is Possessing Kratom in Arkansas Legal?

The state decided to go with the rules and regulations set forth by the Food and Drug Association (FDA), and thus they classified the herb as a Schedule 1 drug in February 2016. This classification placed the substance among the list of other potentially harmful substances.

Arkansas’ Department of Health decided on placing the ban on the plant when there was a new wave of Kratom in Arkansas that attracted a lot of newbies. When 2 deaths related to Kratom appeared on the surface, the state decided to classify the herb, making it completely illicit.

Can I Use Kratom in Arkansas Publicly?

No, you can not use Kratom in Arkansas publicly and we suggest that you should not even keep it in your possession if you live in Arkansas. Even possessing the herb is a felony in this state, so you can get arrested if you use it publicly and are caught by an official.

The plant is a classified substance in the state, and so like every other potentially illegal substance you can be convicted for using the herb, and if worse comes to the reality you can get arrested along with paying a hefty fine for your illicit actions.

Your charges will depend upon the quantity of herb you are possessing. You can face a charge of twenty years in prison with a fine of $15,000. If you are found with two or more grams of Kratom near specific facilities you can face ten years of jail time.

The charges can go up to thirty years of prison time depending on your offense.

Can I Carry Kratom in Arkansas at the Airport?

Traveling with Kratom is not a felony but if you live in a state where the plant is illegal such as Arkansas, then you can face issues with airport security. They can convict you easily for carrying illegitimate substances with you.

This can either cause a delay in your flight or you can miss your flight altogether if they find it more suspicious. You can be held accountable for bearing such classified substances with you.

If you do not live in Arkansas but are traveling to the state or the state is a layover in between your two connecting flights, it is still suggested that you do not carry Kratom along with you.

It might be legal in your state and the state you are traveling to, but the layover state of Arkansas in between can cause issues for your whole journey. Hence, it is suggested that you do not take your Kratom while visiting even the airport in Arkansas.

Can I Use Kratom in Arkansas While Driving?

The use of the herb in any scenario is a crime in the state. So you can not use it whether you are chilling at home or driving a car. You can easily get a DUI (Driving Under Influence) if you are caught using Kratom while driving.

The herb can produce sedative-like effects at high doses; hence it can cause issues for you like impaired driving or an alteration in your behavior while driving a vehicle. It is better not to use any quantity of the herb while driving nonetheless the area you live in, as it can get risky for you.

What is the Safe Dosage of Kratom That Will not Get You High?

The doses vary according to the strain of Kratom you are using. The stronger the plant has the potential to have a sedative-like effect that can get you high. Though, it is strongly recommended that you do not exceed the normal suggested limits as it can cause dependency issues for you.

If you use premium strains of Kratom, a dose of seven to ten grams is a stronger dose and can thus produce such effects. In the case of ultra-potent or gold Kratom, a dose of six to eight grams is considered a higher dose that can cause possible sedative-like effects.

Kratom extracts are much more potent since they have a higher concentration of mitragynine, hence they can produce stronger effects at just four to five grams.

If you are a beginner, it is suggested that you do not exceed your dose limit from five to six grams, as it can produce unwanted side effects for you.

Kratom Near Me- Where Can You Buy Your Kratom Online in Arkansas?

Kratom is an illegal herb in the state of Arkansas and thus you will find no local shops or smoke shops in any area that sell the herb. Any business related to the herb is an illegitimate activity.

You can not buy it locally and neither can you purchase it from online vendors, as they will not ship the herb to your location. Any vendor who is willing to sell you Kratom in Arkansas is supplying it illegally and thus if the transaction is caught, you will be held accountable too.

Other than Arkansas, you can buy Kratom in states where the herb is legal. If you live in Arkansas you can visit these states for a short trip or a long vacation. In this way, you will be able to consume your favorite substance.

Here are few online vendors to check out when visiting destinations where Mitragyna Speciosa is legal: