Kratom In Alabama: Is It Available For Purchase? 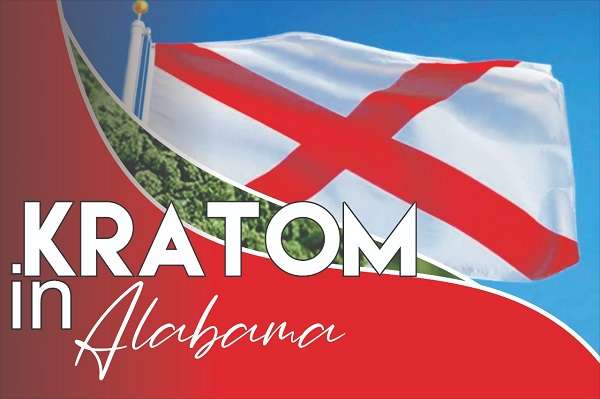 Alabama is one of the most well-known states in the U.S. While its supply of peanuts may never go down, it may be a little difficult to shop for Kratom in Alabama.

Kratom is a plant belonging to the coffee family, originating from Southeast Asian countries like Thailand and Malaysia. It has been reported to reap various benefits, such as making the user more energetic, and even calming them down!

It is available for purchase through various trusted vendors all over the world. In regards to the United States of America, it is offered by almost all of the fifty United States, aside from six of them.

If you’re wondering if the state known for its impeccable hospitality offers a home to the Mitragyna Speciosa, keep scrolling to find out!

Alabama is a Southeastern U.S. state, homeland to many national landmarks and beautiful attractions. Along with places, Alabama is also filled with numerous kratom activists and advocates.

Since Mitragyna Speciosa is a controlled substance in Alabama, it is harder to find a legitimate vendor for users residing in the state. Any sort of possession, purchase, and business of the product can result in the person on the wrong side of the law.

The Real Question: Is There Any Legality of Kratom in Alabama?

Since 2016, Kratom in Alabama has been made illegal, due to the presence of mitragynine and 7-hydroxy mitragynine in the tea powder, which is inherently illegal in the state. However, this information is not accurate, as this powder is an all-natural herb, and the real reason why it is banned is due to the lack of research on the plant.

If someone is convicted for ownership of the plant, they can face serious charges, such as One to Ten years in prison along with a fine of up to $15,000 for the first penalty. A second penalty doubles the years and fine, so it wouldn’t be a good decision to make use of Kratom in Alabama.

Ever since the tree was banned in the state, users and Kratom advocates have been working tirelessly trying to legalize the plant back for use. An attempt was made in 2017 to fight the bill against kratom, however, it was met with failure, and the tea is still considered illegal.

Can You Use Kratom in Public?

Since the Drug Enforcement Agency and the Senate consider the all-natural herb to be a substance of concern, it is dangerous to carry it out in public.

At a federal level, the non-GMO herb used to be classified as a Schedule I drug, but that decision was reversed. About the state, however, kratom in Alabama is designated as a Schedule I controlled substance, regardless of the attempts made to revoke the decision.

The consequences of carrying Mitragyna are far too drastic with fines going up to $30,000, accompanied by jail time. Hence, it is advised for people in Alabama to not be in any sort of contact with the herb to protect themselves and their money.

Can I Carry Kratom At the Airport?

As the tree leaves are categorized as a Scheduled I controlled substance in Alabama, the state considers it to have a high potential to abuse, which leaves them in the same group as highly dangerous drugs such as heroin and LSD.

Drug trafficking is considered to be one of the most serious crimes in Alabama and depending on the amount you carry, users can be sent to jail for up to 99 years as a mandatory life sentence.

Since the herb is only illegal in six U.S. states, users can be relatively confused when carrying the Speciosa. However, this confusion can be pretty life-threatening, especially if you carry kratom in Alabama.

Users of any kind are advised to not carry kratom in Alabama airports, as they will be charged with heavy fines and jail time.

Is it Okay To Use Kratom While Driving?

Any sort of purchase, vending or possession of the tea tree herb is regarded as a felony in Alabama. If found in an automobile, the user can be charged for drug trafficking.

Since kratom has calming effects, usage of the herb can cause the user to have slowed movements. If found suspicious, a police officer can ask the user to stop their vehicle and take a breathalyzer test.

While the non-GMO substance does not show up on common drug tests, its chemical makeup can be detected through a specialized ten-panel drug screen, which would not be ideal in the state of Alabama.

What’s the Safe Dosage Of Kratom that Won’t Get You High?

Kratom is a herb that has varied effects based on different people. Your diet, weight, body chemistry, and routine are all factors that join together and execute the effect of the plant. For example, some people are naturally resistant to the herb, so they would require a larger dosage even if they have not dealt with the drug before.

Higher strains of kratom will make you more alert, while lower strains will create a soothing environment for you, so you should also choose your dosage and strain depending on your lifestyle as well. For example, someone with a busy lifestyle would require a higher strain to increase their energy, as compared to someone that needs help to relax.

Regardless of the advice provided, kratom in Alabama is illegal, so users are counseled to not engage with the non-GMO substance until the state law approves.

Where Can You Buy Kratom Online In Alabama?

The legality of Kratom is a confirmed and established decision regarding Alabama. There is no availability of the tree in the Yellowhammer state, as it is firmly outlawed.

Even though most of the United States supplies and deals with legalized kratom, Alabama has been resolute since 2016 and has not budged no matter how many attempts have been made to change the decision. Therefore vendors from different states, and even across the world are prohibited from conducting business with people from Alabama.

If you do find the tea powder available for purchase in the state it is illegal, and you should inform local authorities as soon as possible, instead of getting in contact with the vendors, since if they get caught, you could face serious legal trouble.

Since this herb is classified as a Schedule I controlled substance in the state of Alabama, kratom use of any kind will be considered a felony, and if carried in a vehicle drug trafficking charges can be held against the user.

Therefore, it is highly advised to not engage with the plant in the republican state. If you do need to use it, it is better to move to a different state, such as Florida, where the herb is legal and free to use for long-term intake. The American Kratom Accreditation and tea powder advocates are fighting and gathering resources against the bill every day, so the day you may find legalized kratom in Alabama is not too far!