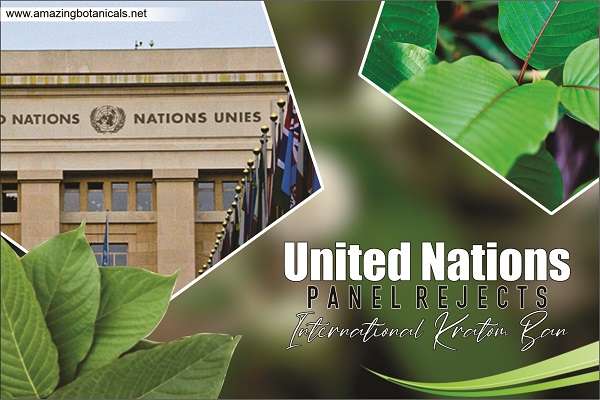 Kratom ban is a hot debate being conducted everywhere around the globe and it is probably the biggest worry for the true Kratom enthusiasts. You are probably concerned about the international Speciosa criminalization and are searching for the relevant information. This is why you have directed here on this guide.

Do you love consuming this botanical and want to keep it alive in the long run? Often get worried by having a look at the different news on the Kratom ban? Want to explore this domain to know whether or not it is going to happen somewhere in the near future?

This article has got you covered. Don’t miss reading through the discussion presented below.

Before going into the nitty-gritty of the Kratom ban, let’s try to explore the major reasons behind it. Well, as far as the legal status of this herb is concerned, it has been in a gray area for many years.

Though it is legal in different parts of the world, many regions have completely banned it at the same time. If we try to find out the major factors behind the confusing legality of this plant, the two parameters (as listed below) are creating the real trouble.

These two factors have proved to be the biggest hurdles in legalizing the international human consumption of Kratom. In addition, they have made this herb controversial. It has led to negative media coverage.

In many regions, without providing medical evidence, fake deaths have been linked to taking Kratom products. It is not good for the reputation of the whole industry. Isn’t it? What do you say?

As a result, a number of reputed banks have refused to provide their payment processing services for Kratom purchases. It has become a leading problem for both the Speciosa sellers as well as for the buyers.

In December 2021, the United Nations passed its options on Kratom criminalization. As per the instructions of the committee – Executive Committee on Drug Dependency (ECDD) – developed under the World Health Organization (WHO), there should be no restriction on the international consumption of Kratom. The committee claimed that there is not enough information or clinical trials to establish a solid stance in this regard.

ECDD further added that millions of people have been using Kratom for countless medicinal purposes and they are not only satisfied but pretty happy with the outcomes they are getting at the moment. Moreover, some countries have even recognized this botanical as a traditional medication.

Taking a look at the wide range of Kratom applications, the committee said that they are not in a position to suggest a critical review of Speciosa because there is insufficient information and evidence. Being a Speciosa lover, it would definitely be good news for you and other individuals like you.

Therefore, the WHO has decided to monitor Kratom’s behavior for a couple of years before concluding anything on the Kratom ban. It may continue for the next 2 to 3 years or so. Keeping a close eye on how Kratom behaves with the human body for a specific period will pave the way for the WHO to understand whether or not they need to introduce an international Kratom ban.

The AKA along with its members and other Kratom advocates was pretty satisfied with the UN’s decision and ECDD’s vote. A senior member of the public policy department at the AKA – Mac Haddow – said that rejection of the international Kratom ban is a good sign as it has given scientists a golden opportunity to continue their research on Mitragyna and monitor this herb more closely.

What Is The Biggest Problem In The US Kratom Market?

According to Mac Haddow, the biggest trouble in the US Speciosa market is its poor regulation. He said that the FDA is against Kratom consumption and has made several attempts to ban this herbal supplement in the US and doesn’t encourage sellers to maintain good standards.

As a result, many vendors have started selling outdated or impure Korth strains that may be harmful to users. In addition, the risk of buying adulterated Mitragyna goods is increasing every other day and buyers are afraid of being scammed while making purchases.

He also made ECDD aware of the fact that the FDA is the body that is trying to introduce an international Kratom ban. He further added that we have established strong facts and figures to prove that the FDA is showing its biasness against the use of Speciosa.

What Does The Future Of Kratom Hold?

As of now, the Speciosa is an unregulated substance and Mac Haddow has also endorsed this fact. Nowadays, this herb has received international monitoring; therefore, it is a big opportunity for different stakeholders (e.g., FDA) to start working on introducing a unique regulatory framework. If the Kratom industry gets regulated, there will be more opportunities for both the users and sellers.

The lawmakers serving the US agencies also seem attracted to regulating the Speciosa industry and they have urged DEA, CDC, and FDA to keep studying this botanical. They are not in favor of adding Mitragyna to the list of Schedule-I substances.

The Health and Human Services (HHS) has received directions from the House Appropriations to keep Korth away from Schedule-I medications. If it stays away, it would become convenient for the research scientists to continue their studies on Kratom and to perform clinical trials.

If you want to make the future of this tree leaf bright, one thing you must do is to keep offering your sincere support. The best approach is to get in touch with like-minded people and offer collective support instead of an individual one. You can also contribute to the AKA cause by donating as much as you can. This is the only way to convince regulatory authorities and the international bodies to keep Kratom alive.

The United Nations has rejected the international Kratom ban claiming that further research is required to establish a solid argument on this matter. With this rejection, the American Kratom Association is hopeful that they will be able to convince law-making agencies to regulate the local Kratom market.

If it happens somewhere in the near future, it would be one of the finest steps for the betterment of not only the local but also the global industry. The AKA knows that it will take a long time to get this job done but they are happy to start it with the support of a huge Kratom community.

Can FDA or any other body push an international ban in the upcoming years?

Well, for the next two to three years, the UN has decided to study Kratom. So, within this period, no other body can push the ban. After this span, the UN will review the whole scenario to share its opinion.

What if the Kratom industry gets regulated?

If the federal government regulates the industry, there will be no danger of the Kratom ban. The sellers will have to follow the highest quality standards to ensure greater security for every single user and buyers will always get pure and fresh strains. In short, the future will become pretty bright. The regulation of the local Mitragyna industry may also result in regulating the global industry.

Why have different states in the US introduced a complete Kratom ban?

This herb consists of more than 40 alkaloids and two of which are found in the higher concentration compared to others. These two alkaloids are mitragynine and 7-hydroxy-mitragynine. The states that have banned this tree leaf consider these alkaloids unsafe for human beings and this is why they have restricted their community to use it.