Kratom Ban In Indonesia: What Role Is The Government Playing? 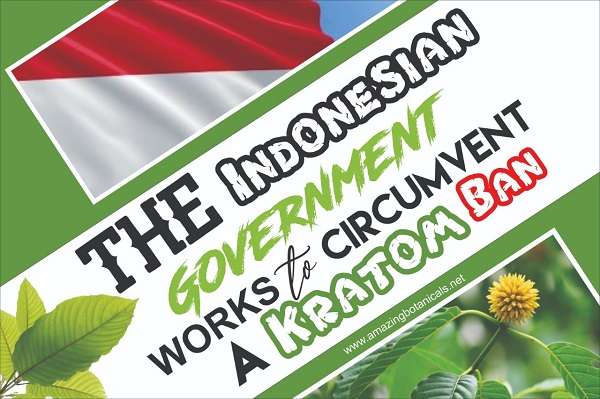 The Kratom ban in Indonesia is convincing every Mitragyna advocate to discuss this hot topic. Regardless of the city, county, state, or country, whenever news on the Speciosa ban arises, the consumers start getting worried about it.

Such discussions become common almost every year and encourage both sellers and users to participate actively. The actual reason why you often hear about the Mitragyna ban from different parts of the world is the lack of research and negative media attention.

Since the legal status of Kratom falls in the grey area throughout the world, it becomes pretty difficult for the users to know where they can take Speciosa and where not. It is a must for every single consumer to make himself or herself familiar with what precisely is going on in the Mitragyna market. Making yourself aware of the latest Korth policies makes it fun for you to enjoy your Mitragyna journey.

Are you an Indonesian resident or planning to move over there? Hunting to collect quality stuff regarding the Kratom ban in Indonesia? This read is for you as it presents every important aspect associated with this criminalization. Let’s explore the facts.

Is Kratom Legal In Indonesia?

When it comes to studying the laws and regulations on Mitragyna regulation or criminalization, they are divided into two different categories – consumption and cultivation.

As far as the Indonesian region is concerned, it is sad to inform you that you are not allowed to use this tree leaf for personal or recreational purposes on a domestic scale making it very difficult or almost impossible for the buyers to buy and consume their favorite strains. Selling a Korth product pretending that it is a medicine or food is strictly prohibited within the premises of the country.

On the other hand, apart from personal uses, the good news for manufacturers and wholesale sellers is; they can keep cultivating this plant in Indonesia and can export it as and when needed to generate revenues for the development of the country.

Indonesia is one the biggest Kratom suppliers across the globe that produces premium-quality strains that are not comparable to any other region. According to a survey, around 95% of the global Korth is extracted from Indonesia. The ban on personal use in the native area is pretty unfortunate for the Mitragyna advocates. Isn’t it?

Kratom Ban In Indonesia: Who Precisely Wants It?

Just like DEA operates in the US, Indonesia has a similar body named the “National Narcotics Agency”. It is locally famous as BNN. This department is in favor of outlawing Speciosa in the country.

Some individuals claim that if Mitragyna gets banned, the power and funding of BNN are likely to increase. This is why this body is focusing on somehow criminalizing this magical herb and it even wants to arrest sellers and growers who are involved in the Speciosa business.

FDA has issued an alert to many vendors who were importing their stocks from Indonesia. It clearly shows that FDA is supporting BNN to go the extra mile and ban this plant over there.

Are There Any Legal Activities To Support Kratom In Indonesia?

Around two years back in 2019, there were some rumors revolving around in the country that 2022 will be the year to introduce a complete Kratom ban in Indonesia.

This was indeed shocking for the whole Indonesian industry including users and growers. It was also predicted by the BNN in 2017 when this department said that growers should start producing some other crops within the next 5 years to avoid any sort of complications in the future.

In August 2020, the good news arrived for the farmers because the agricultural minister of the country declared Kratom as a legal substance that you can use as a raw material for various medications.

Furthermore, to congratulate the local farmers, Daniel John – deputy chairman of commission – created a Facebook post saying Kratom has now become a legal herbal or medicinal plant. It was indeed a source of happiness for thousands of people.

After some time, the opinion of BNN towards Kratom was a bit polite but it is still looking forward to Mitragyna ban in 2024. Pol Suyatno – BNN’s head – stated in August 2020 that the department will do further research to evaluate its actual credibility till 2024.

What If Kratom Gets Banned In Indonesia?

Well, the Kratom ban in Indonesia can cause some serious damage to the global Speciosa industry. As mentioned earlier, this country produces around 95% of the whole stock available for sale in the international market. Therefore, if at any stage, Kratom exports get seized, it will cause this herb to disappear overnight from the global market.

Some people say that it is a golden opportunity for many other countries to start producing their own Speciosa crops but the major thing to be considered is that tropical environmental conditions like Indonesia can not be found anywhere else. In fact, these unique weather conditions make Indonesian Mitragyna credible enough.

So, if other countries start producing their own crops, it would be very difficult to maintain the smooth supply of this tree leaf to meet the demands of the recent industry. There may be some significant delays in demand and supply.

Why Does The Indonesian Government Want To Keep Kratom Alive?

BNN, without a doubt, is a government body but the whole government over there is pretty flexible. You will find a number of citizens, health professionals, and government individuals who go the extra mile to support Mitragyna. The 3 major reasons why they want to Keep Speciosa alive are discussed below.

1. Korth Trees Destruction Would Be Harmful To The Environment

There exist millions of Speciosa trees in the country and if it gets banned, it means they need to be removed. Once they get removed, there are brighter chances for the environment to get polluted because greenery contributes to reducing the pollution around. The governor requested the president not to criminalize this tree leaf.

Since the Indonesian Kratom variant is appreciated in many parts of the globe making it a great tool to generate higher revenues and it definitely improves the overall economy of the country.

In 2020, this herb was declared a medicinal plant and government officials started calling pharmaceutical professionals to conduct different research studies and utilize this plant to prepare medicines as much as they can.

BNN made some efforts to introduce the Kratom ban in Indonesia but other government bodies didn’t allow any such thing to happen in the country. As of now, you can harvest and export Speciosa stocks to other parts of the world but consuming this herb for personal uses is prohibited. Kratom is continuously adding value to the Indonesian economy.

Question: What will be the future of Kratom in the country?

Answer: No one, for now, can talk about that because it would be too early to say anything in this regard. It may go in any direction. But, as long as the government is in favor of Kratom, it is not going anywhere.

Question: Is it worthy enough to use Mitragyna in medicines?

Answer: Well, taking a look at different important aspects, the Indonesian government has declared this herb a medicinal plant and further research is being carried out in this area. We have to wait a bit to see how it performs in different medications.

Question: Will BNN take a step back if this plant doesn’t get banned in 2024?

Answer: It seems nothing like that. If Mitragyna keeps alive in Indonesia after 2024, BNN will likely go for another strategy to criminalize this herb because it has done similar activities in the past too.