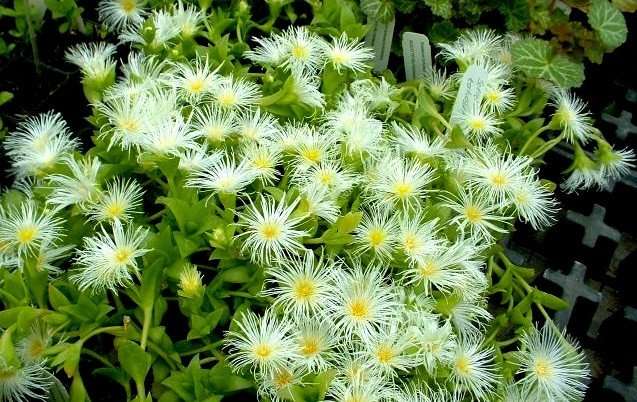 At Amazing Botanicals we are building up a catalog of the most powerful and useful ethnobotanicals, with the goal of providing the Kratom community and the entire world with the full spectrum of beneficial plant medicines. Our latest addition is Kanna, which is one of the most popular ethnobotanicals. Due to the popularity of this herb, we offer Organic Kanna Capsules which contain 500 mg of the raw herb, as well as Kanna 200X Extract Tablets which provides a far more potent effect than the raw herb.

The Science Of Kanna

Kanna, which has the scientific name Sceletium Tortuosum, is a beautiful white and yellow flower which originates from South Africa. Since ancient times hunter-gathering and farming tribes in South Africa have chewed on this herb to relieve fatigue, thirst, and hunger, in addition to using it for socialization and spiritual ceremonies. Kanna’s psychoactivity is derived from its alkaloids including Mesembrine, Mesembrenone, Mesembrenol, and Tortuosamine. Mesembrine is considered the primary active alkaloid, and pharmacologically the main effect of Mesembrine is that it is a Serotonin Reuptake Inhibitor. Essentially, Mesembrine inhibits the natural process by which Serotonin is depleted in the brain, causing a surge of Serotonin, which in-turn leads to a mood boost. Notably, this is somewhat similar to how most anti-depressants work, since the most commonly prescribed anti-depressants are Selective Serotonin Reuptake Inhibitors (SSRIs). Further, Kanna’s alkaloids inhibit the PDE4 enzyme, and there is scientific evidence indicating that this leads to anti-anxiety, anti-depressant, and pro-cognitive effects, in addition to increasing wakefulness. Beyond that, scientific evidence also indicates that these alkaloids interact with the Cannabinoid and Cholinergic receptors.

As seen in the above section, the pharmacology of this herb is quite complex with many different receptors being activated, and likewise, Kanna experiences vary greatly from person to person. That being said, almost all experience reports on the internet indicate that Kanna leads to a pleasant mood boost and energy followed by a wave of relaxation and sometimes sedation. Also, many reports indicate that there is significant euphoria, a strong body buzz, and feelings of love and peace. Thus, Kanna is definitely one of the more powerful ethnobotanicals, and although Kanna is perhaps just beginning to break into the mainstream, I believe this herb is still vastly underrated, since based on the strength of its effects Kanna should be roughly as popular as Kratom. *These statements have not been evaluated by the Food and Drug Administration. This product is not intended to diagnose, treat, cure, or prevent any disease.