Guarana: An Ethnobotanical That Provides Potent And Sustained Energy 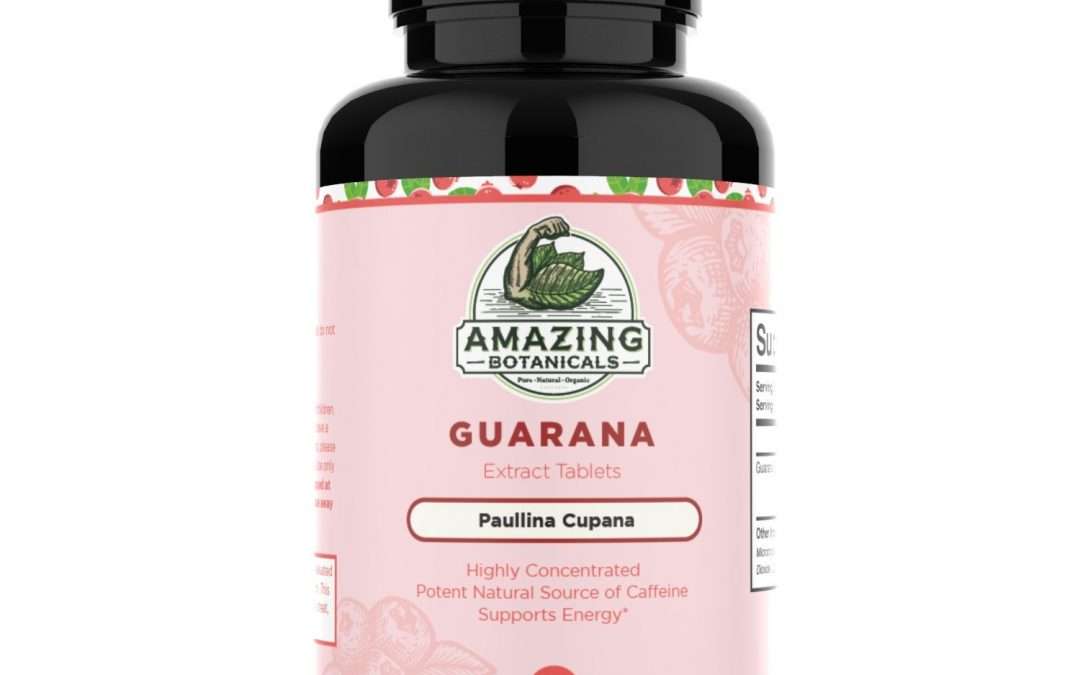 At Amazing Botanicals we are continuing to add remarkable and useful ethnobotanicals to our product selection, and the latest addition is 10X Guarana Extract Tablets, which provide powerful and sustained energy, among other benefits as described in-depth in the below article.

Guarana has the scientific name Paullinia Cupana, and it has been used since ancient times in the Amazon Rainforest, where it is traditionally prepared via shelling, washing, drying, and powdering the seeds, and then this powder is typically added to hot water and combined with sugar to create an intensely energetic brew. Notably, this herb is so important in the region where it natively grows that it is an integral part of the culture and mythology of the Tupi and Guarani tribes.

Guarana is one of the most potent natural sources of Caffeine, typically containing 2%-4.5% Caffeine and sometimes up to 10% Caffeine, as opposed to Coffee Beans which contain just 1%-2% Caffeine. Further, it contains other energetic and euphoric alkaloids in significant concentrations such as Theobromine, which is the molecule that gives Chocolate euphoric properties. Also, it contains the stimulant alkaloids Methylxanthine and Theophylline. Overall, Guarana contains a much higher concentration of Caffeine than Coffee, and the other alkaloids it contains further enhance energy. Therefore, this herb provides much more powerful and longer lasting stimulation than Coffee. This is especially true for the 10X Guarana Extract Tablets from Amazing Botanicals, since the alkaloids are concentrated to 10X their natural levels.

Aside from Caffeine, Theobromine, and other stimulating alkaloids, Guarana also contains tannins, including the extremely beneficial molecules Catechin and Epicatechin, as well as healthy proteins and fats. It is theorized that the Tannins in Guarana interact with the Caffeine to produce a much more sustained energetic effect than Caffeine by itself. Also, all of the helpful molecules in this herb collectively give it strong antioxidant properties as well as anti-bacterial properties. Further, there are scientific studies which suggest that Guarana is beneficial for heart health, eye health, skin health, gastrointestinal health, and for reducing obesity*. In-fact, it would take an entire book to discuss all of the possible benefits and science of Guarana.

Thus, Guarana is like super Coffee, since it provides a high concentration of Caffeine and other stimulant alkaloids, providing long lasting and powerful energy. Simultaneously, Guarana contains several other highly beneficial molecules and has a wide variety of possible health benefits based on scientific research. All things considered, if you’re looking for energy and focus, then Guarana is the right herbal ally for you! This is especially true since it is so convenient with just 1-2 tablets providing a strong dose. *These statements have not been evaluated by the Food and Drug Administration. This product is not intended to diagnose, treat, cure, or prevent any disease.