Future Of Kratom: Can Speciosa Serve Us In The Long Run? 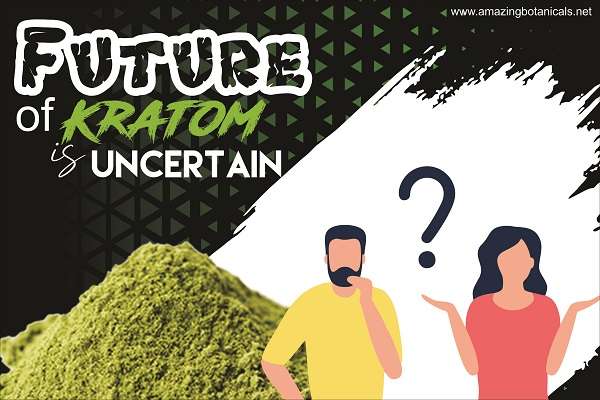 The future of Kratom is a top concern for every individual who loves to take this herb or is planning to start the journey soon. Kratom indeed was a non-popular plant a few decades ago but in the last ten years, the whole world is shocked to see the popularity this tree leaf has gotten. It is due to the continuously increasing consumption making it a more in-demand product around the world.

According to a number of consumers, this plant has helped them promote wellbeing and wellness but at the same time, you will find some individuals as well as official bodies that speak against this plant.

We’ll discuss it later in this guide. If you are a tech person and keep on exploring every latest news on Mitragyna, you would agree with the fact that every year, it seems like the time for the Kratom ban has arrived. Aren’t you?

Whenever news on criminalizing Speciosa arises, many users start stocking their favorite strains for long-term purposes. Sometimes people spread such news just to mislead others by posing false medical claims.

In fact, if an official body starts working on banning this herb, a huge community of Korth advocates makes such attempts fail with the power of experiences shared by frequent users. Are you looking to gather credible stuff on the future of Kratom? You’re at the right place. Let’s have a detailed discussion.

Why Do I Often See The Future Of Kratom In Danger?

As you know, Kratom is comparatively a newly introduced herbal product compared to others that are available in the market for many years. It became legal hardly 3 years back in 2018. You can not take this fact for granted whenever you see an article or a piece of news on the future of Kratom.

Moreover, every country across the globe has its own governing bodies that are responsible for evaluating every food item or medication once it enters the market before it gets legalized. Being a botanical herb, Kratom is passing through similar phases.

As far as the US is concerned, FDA and DEA are the two official departments that are monitoring Speciosa more closely than others. Both of them have tried a couple of times to criminalize this tree leaf. Despite making several efforts, as of now, they didn’t get successful in a single one.

Major Reason Behind The News On Kratom Ban

Well, the reasons behind why do these authorities (DEA and FDA) along with some individuals make attempts to ban Kratom are; limited research, very few to no human clinical trials, and the variation in outcomes of different studies performed on animals (especially rats) to observe how Kratom behaves with them.

Another bad luck associated with Korth is, it is covered negatively by the media departments in the different regions of the whole world. All these parameters, without a doubt, have given the Speciosa industry huge damage in terms of its reputation.

We should admit the fact that almost the whole world is globalized. It has been seen a couple of times that if a particular country has national interest and it becomes the concern for another country too in a short span. This is what is known as globalization. It has started becoming a common norm because different civilizations are getting evolved every now and then. You don’t have any option to do anything in this regard.

When Mitragyna started grabbing the attention of the UN countries, it was the first time when some US-based agencies sought to put the plant out of its misery. Just like some countries, the US also wanted to declare Korth a prohibited substance.

When it comes to the western world, Australia was one of the few countries that criminalized this plant in 2005. It is also a fact that multiple European countries have started considering this tree leaf a controlled substance in the last decade.

In 2016, the UK claimed for the first time that according to the “Psychoactive Substances Act”, Speciosa is a prohibited herb. This was the same year when DEA – a US-based authority – was thinking of banning Mitragyna within the premises of the United States.

It is bad news for the Mitragyna advocates that many industrialized regions are criminalizing this herb at a high speed. Isn’t it?

Though true Korth lovers and advocates are working very hard to keep this tree leaf alive. But, even if they get successful in making Mitragyna legal for the future, they can not force any other country to decide the future of Kratom within its premises.

This is where we all should be very careful, especially protecting the countries from the Kratom ban where this plant is being produced naturally. In addition, every country must pay attention to a region it imports Speciosa from.

2 years back in 2019, there were some rumors about banning Mitragyna in Indonesia. It was indeed shocking news for the whole world because this country produces over 95% of the total Speciosa being sold in the global market. BNN continued to force the state to criminalize this tree leaf by 2022 but the deadline has been extended to 2024.

To a great extent, BNN is acting more like what the DEA has been doing in the United States. In parallel to DEA, HHS is also in favor of adding Korth to the list of controlled medications.

What If Native Countries Face Kratom Ban In The Future?

Speciosa comes from Southeast Asian countries including but not limited to Indonesia, Thailand, Myanmar, Borneo, Malaysia. As discussed above, the biggest share of the global Mitragyna industry comes from Indonesia. The debate on banning Korth by 2022 in Indonesia has faded.

If due to any reason, Indonesia faces a Kratom ban in the future, it will indeed be a great loss to the whole industry because there exists not even a single alternative. Even if many other countries start producing their own Speciosa crops, they can’t meet the market demands.

The future of Kratom, as of now, seems pretty uncertain. It can go in any direction. We all should work collaboratively to protect this tree leaf to make it serve us in the long run. The community of Mitragyna advocates is expanding every other day and it can create a difference with the efforts it is putting in to keep Speciosa alive.

Question: I live in a state/country with a complete Korth ban. Can such regions have a bright future for Kratom?

Answer: Well, this is almost impossible to say anything at least for now. It will depend on the future amendments of laws in your region as well as the place where you get Mitragyna from. All you need to do is to keep updated on the state laws.

Question: Is there any official body that is working to protect the future of Kratom?

Answer: Yes, the American Kratom Association (AKA) is the only organization that is serving the Korth industry in the best possible way. It doesn’t only encourage people to get familiar with authentic information but also suggests them to learn from the lives of users and how this herb has helped them throughout their journey.

Question: What if the researchers prove with some medical evidence that Kratom is a safe botanical?

Answer: Well, if it happens at any point in the future, it will be a green signal for the whole world that they are free to use Mitragyna either in medicines or for any other purpose they want. It will be appreciated by all the supporters and users of this magical plant.