Cat’s Claw (Uncaria Tomentosa): An Herb That Is Closely Related To Kratom Which Has Potent Immunity Boosting, Anti-Inflammatory, And Relaxing Properties 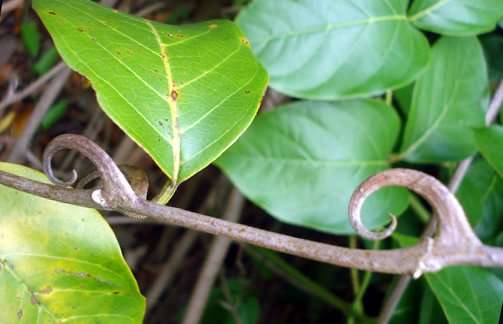 At Amazing Botanicals we are continuing to add powerful ethnobotanicals from across the world, and indeed you can find a growing directory of the dozens of ethnobotanicals that we now sell at this link. One of the latest additions to our ethnobotanical arsenal is Cat’s Claw, specifically Cat’s Claw 10X Extract Tablets, which has the scientific name Uncaria Tomentosa. As you will read in the below article, Cat’s Claw is closely related to Kratom, and it has multiple powerful benefits. First off, Cat’s Claw is indigenous to the Americas, and it has been used since ancient times to ward off a wide variety of ailments. The plant has beautiful yellow flowers, and the reason they call this herb Cat’s Claw is because there are little curled stems which resemble the claws of a cat that protrude from the plant’s branches. Interestingly, Cat’s Claw is essentially a Cousin of Kratom. Both Kratom and Cat’s Claw are in the Rubiaceae family of flowering plants, and even more astonishingly, Cat’s Claw and Kratom both contain the highly powerful alkaloid Mitraphylline. That alkaloid alone is quite amazing, since there are several scientific studies which have found that Mitraphylline has efficacy combatting various types of Cancer, but of course more research needs to be done to officially confirm that theory. Aside from Cat’s Claw being Kratom’s Cousin, Cat’s Claw is a powerful herb with its own unique characteristics. It is a powerful antioxidant and is generally believed to boost the immune system, which in turn means Cat’s Claw theoretically wards off many different types of ailments. Further, Cat’s Claw is known to be a potent anti-inflammatory, and it is theoretically particularly helpful for joint related problems like arthritis. Also, as far as psychoactive effects, Cat’s Claw is generally quite relaxing. On a final note, Cat’s Claw is also known to be a Kratom potentiator, i.e. it makes Kratom’s effects stronger. In-fact, Cat’s Claw is widely considered one of the most powerful Kratom potentiators. Thus, Cat’s Claw is definitely one of the top beneficial ethnobotanicals, since it has a gauntlet of helpful effects that can theoretically improve overall health. Also, not only is Cat’s Claw closely related to Kratom, but it is also one of the top herbs that can strengthen Kratom’s effects. Therefore, if you are an herbal enthusiast, then you should definitely have some Cat’s Claw in your herb cabinet.