Does Boiling Kratom Destroy The Alkaloids 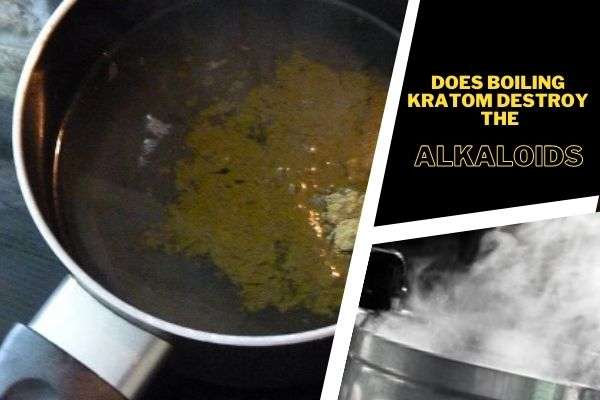 Kratom has been getting used as tea for hundreds of years throughout Southeast Asia and well beyond. Alkaloids are the essential chemicals in Kratom that give it its many unique characteristics. Some of these alkaloids are susceptible to high temperatures, whereas others are sensitive to pH changes. Drinking Kratom tea instead of swallowing the bitter powdered form has managed to remain a popular choice amongst several Kratom users. Numerous people consume Kratom in the form of Kratom tea so, it is understandable that they have inquiries about the technique they are choosing to use. However, while Kratom tea seems handy, the reality may be far from this truth. According to new research, boiling kratom leaves or powder destroys the herb’s alkaloids. Some people, on the other hand, believe this to be a hoax. The concern now is whether or if the high temperature destroys alkaloids and whether or not boiling the strain destroys alkaloids. When boiling herbs, just like other plants, you may benefit from the natural and beneficial components. Is this still true for Kratom? Let’s have a look. 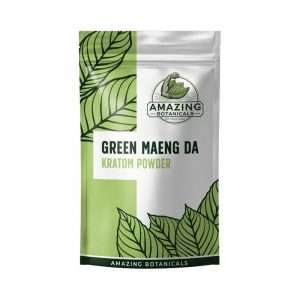 What Are The Effects Of Boiling Kratom?

The two most prominent alkaloids in Kratom are Mitragynine and 7-hydroxymitragynine. The research study of “Temperature and pH-Dependent Stability of Mitragyna Alkaloids” helps understand the durability and stability of Kratom’s core alkaloids. It is because they study a variety of temperatures and acidity/base levels. The most significant outcome for Kratom users from this research is that 7-hydroxymitragynine is the most reactive alkaloid in the plant. At 40°C or 104°F, this alkaloid degrades dramatically within merely 8 hours. The real kicker is that Mitragynine, the dominant Kratom alkaloid, and the weaker but still essential alkaloids Speciogynine and Speciociliatine, are very stable even at immensely elevated temperatures.

What Is The Purpose Of Heating Kratom?

There is a myth that you cannot get Kratom’s benefits merely by ingesting it! Make sure you do not get mixed up! It simply implies that Kratom’s alkaloids must get released for the effects to manifest. According to certain Kratom users, boiling is a method of producing alkaloids, yet it has resulted in the death of alkaloids in several situations. Several individuals consume Kratom to release the alkaloids, while others mix Kratom powder with citrusy liquids like apple, orange, or cranberry juice for this purpose. It is all due to the alkaloids needing an acidic environment to release and react, and the stomach’s gastric fluids deliver this pH. As alkaloids are plant-based, boiling Kratom kills them. They are, in fact, hypersensitive to overheating. The terms “simmering” and “boiling” have different meanings. Some individuals use “boiling” when they mean “simmering.” When someone says “heat,” they should always imply “simmer” because that is the best way to produce the alkaloids. If you do not have too much knowledge about cooking, the distinction between simmering and boiling will be challenging to comprehend. When water gets heated to the point that bubbles emerge on the surface and the kinetic energy in the water is considerably high, it is boiling. Simmering occurs at 180-190°F when tiny bubbles form at the bottom of the pot. Whereas around 212°F, boiling occurs. Hardly everyone understands the distinctions; in reality, most individuals can utilize them both alternatively. When preparing Kratom tea, the general rule is not to boil it. Alternatively, get it to a point where a small amount of vapor off the top of its surface. As soon as this happens, you can turn the heat off and stop there. While some alkaloids may get eliminated at these lower temperatures, the Kratom tea or extract will be far more intense than if it gets cooked. As a result, it is critical to remember that heat reduces Kratom’s strength since 7-hydroxymitragynine disintegrates at high temperatures and take precautions to keep your Kratom away from heat and light. It is crucial to follow these measures if you are preserving them for a long time.

Does Boiling Kratom Destroy The Alkaloids?

Kratom plants flourish in Southeast Asia’s humid and hot subtropical climate conditions. They may bloom up to sixteen meters tall in scorching heat and get stimulated by continuous and direct exposure to sunlight. Heat, on the other hand, does not stand to benefit kratom alkaloids. The majority of tea gets brewed at temperatures of up to 100°C (212°F). This particular temperature is a lot greater than mitragynine and 7-hydroxymitragynine’s heat tolerances. As a result, both alkaloids should lose their efficacy after only a few minutes in boiling water. If you find the taste of Kratom to be too harsh, you may add flavorings like honey to make your Kratom experience more soothing. Users choose to take Kratom in the context of tea owing to the psychological idea that tea is calming and pleasurable. It will not kill you since the constituents will not get harmed. This particular point gets built on the condition that you keep it simmering rather than boiling. So, yes, boiling Kratom alkaloids may destroy all Kratom alkaloids. Users who drink Kratom tea and still do not experience the benefits it is because it gets boiled. A few alkaloids observed in Kratom are impervious to elevated temperatures and are steady over an expansive temperature range. So those who undergo minimal influence from Kratom tea after boiling water are all due to the mutant alkaloid characteristics. A stream of warm liquid combined with its fragrance will greet you as you sip the simmering tea. However, if you would like to make a Kratom beverage and prefer cold drinks instead of hot, there is an option for you. A Kratom peanut butter banana smoothie is a far superior option. This particular Kratom drink involves no heating, thus not damaging the alkaloids, and it also tastes a lot better when compared to Kratom tea.

Boiling Kratom alkaloids will ultimately destroy them. To retain the alkaloid’s purity, make sure to make Kratom tea by simmering it. However, Alkaloid breakdown can take hours, whereas making kratom tea only takes a few minutes. As a result, you may undoubtedly continue enjoying kratom tea without feeling guilty. 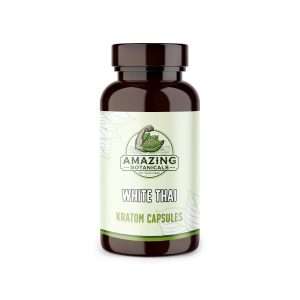